The company will temporarily idle blast facilities in Indiana and Pennsylvania. 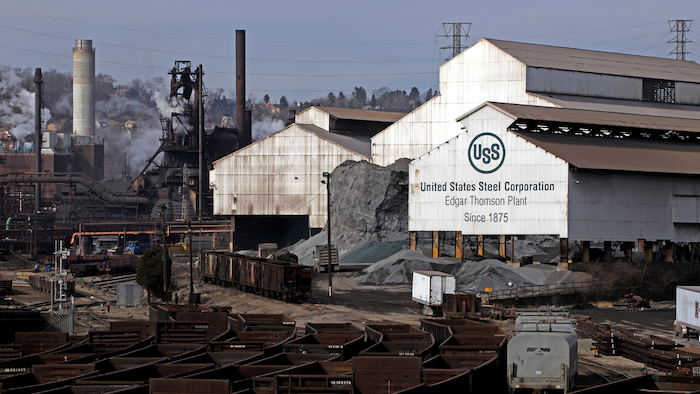 PITTSBURGH (AP) — U.S. Steel expects to lay off roughly 2,700 employees as the demand for iron and steel drops during the coronavirus pandemic, the company said.

The Pittsburgh-based steelmaker, one of the nation's largest, announced its plans in a filing Thursday, the same day it reported a first-quarter loss of $391 million.

The company said that it sent notices of plans for layoffs to 6,500 employees but that it expects the actual number affected to be about 2,700.

The company did not say where the layoffs would be but said it will also temporarily idle two blast facilities, one in Gary, Indiana, and one outside Pittsburgh.

Overall, the company has idled seven of its 10 blast furnaces in the U.S.