One of the biggest problems on the planet could have a very small answer. 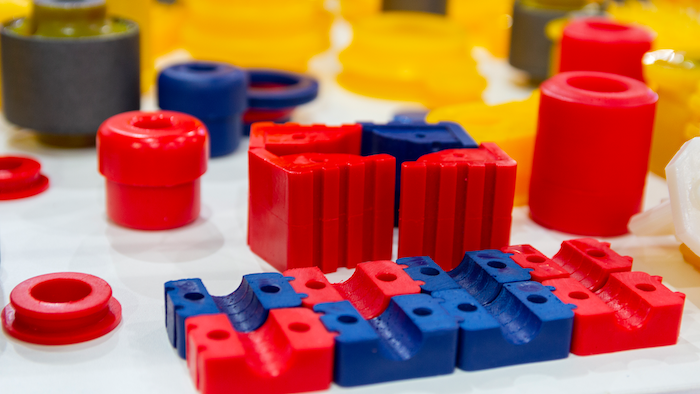 There may be a small answer to one of the biggest problems on the planet.

German researchers report in the journal Frontiers in Microbiology that they have identified and characterized a strain of bacteria capable of degrading some of the chemical building blocks of polyurethane.

"The bacteria can use these compounds as a sole source of carbon, nitrogen and energy," said Dr. Hermann J. Heipieper, a senior scientist at the Helmholtz Centre for Environmental Research-UFZ in Leipzig, Germany and co-author of the new paper. "This finding represents an important step in being able to reuse hard-to-recycle PU products."

In 2015, polyurethane products alone accounted for 3.5 million tons of the plastics produced in Europe. Polyurethane is used in everything from refrigerators and buildings to footwear and furniture to numerous other applications that can leverage its lightweight, insulating and flexible properties.

Unfortunately, polyurethane is difficult and energy-intensive to recycle or destroy as most of these kinds of plastics are thermosetting polymers that do not melt when heated. The waste mostly ends up in landfills where it releases a number of toxic chemicals, some of which are carcinogenic.

The use of microorganisms like bacteria and fungi to break down oil-based plastics is an ongoing area of research. However, few studies have addressed biodegradation of polyurethanes like the current paper.

The team out of Germany managed to isolate a bacterium, Pseudomonas sp. TDA1, from a site rich in brittle plastic waste that shows promise in attacking some of the chemical bonds that make up polyurethane plastics.

The researchers performed a genomic analysis to identify the degradation pathways at work. They made preliminary discoveries about the factors that help the microbe metabolize certain chemical compounds in plastic for energy. They also conducted other analyses and experiments to understand the bacterium's capabilities.

This particular strain is part of a group of bacteria that are well-known for their tolerance of toxic organic compounds and other forms of stress, according to Dr. Christian Eberlein with the Helmholtz Centre for Environmental Research-UFZ. He is a co-author on the paper who coordinated and supervised the work.

"That trait is also named solvent-tolerance and is one form of extremophilic microorganisms," he said.

The research is part of a European Union scientific program dubbed P4SB (From Plastic waste to Plastic value using Pseudomonas putida Synthetic Biology), which is attempting to find useful microorganisms that can bioconvert oil-based plastics into fully biodegradable ones. As the name implies, the project has focused on a bacterium known as Pseudomonas putida.

In addition to polyurethane, the P4SB consortium, which includes the Helmholtz Centre for Environmental Research-UFZ, is also testing the efficacy of microbes to degrade plastics made of polyethylene terephthalate (PET), which is widely used in plastic water bottles.

Heipieper said that the first step of any future research on Pseudomonas sp. TDA1 will be to identify the genes that code for the extracellular enzymes that are capable of breaking down certain chemical compounds in polyester-based polyurethanes. Extracellular enzymes, also called exoenzymes, are proteins secreted outside of a cell that cause a biochemical reaction.

However, there is no immediate plan to engineer these or other enzymes using synthetic biology techniques for bioplastic production. That could involve, for instance, genetically converting the bacteria into mini-factories capable of transforming oil-based chemical compounds into biodegradable ones for planet-friendly plastics.

Heipieper said more "fundamental knowledge" like the one gathered in the current study is needed before scientists can make that technological and commercial leap.

One small step at a time.