The EPA plan would remove highly contaminated sediment from the Housatonic River. 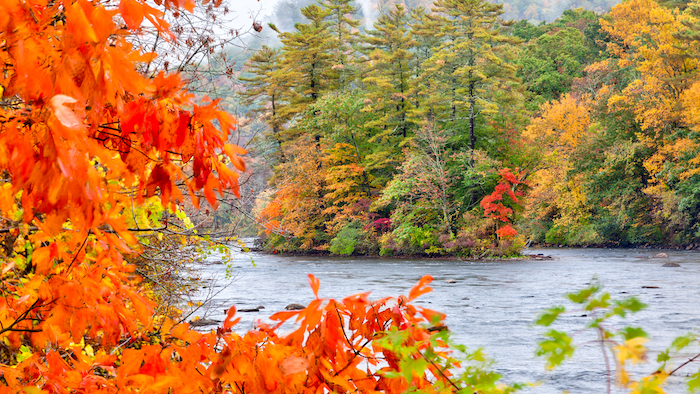 LENOX, Mass. (AP) — Federal environmental officials have unveiled a plan to speed the cleanup of the Housatonic River in western Massachusetts and require General Electric to pay local communities $63 million.

Under the long-awaited deal announced Monday by the Environmental Protection Agency, highly contaminated sediment will be removed from the river and floodplains and transported to existing licensed hazardous waste landfills in other locations in the country.

Lower-level PCB-contaminated materials will be consolidated into a double-lined upland disposal facility to be built in Lee, Massachusetts.

The agreement also calls for the removal of more contaminated sediment from the river than previously required by the EPA’s 2016 cleanup plan.

“This landmark agreement is a major milestone in our collective efforts to address PCB contamination in the Housatonic River and we are looking forward to more comprehensive and faster cleanup activity in the river,” said Environmental Protection Agency Regional Administrator Dennis Deziel, referring to the polychlorinated biphenyls released into the river by Boston-based GE from a Pittsfield plant for decades through the 1970s.

Deziel said in a statement that the agreement protects human health and the environment and “ensures that the Housatonic River and its floodplain are restored and preserved as an asset to the community and wildlife."

The EPA is planning a series of public hearings to provide details about the agreement.

Roger Martella, director of environment, health and safety for GE, said in a written statement that the agreement “makes good on our longstanding commitment to a comprehensive cleanup" that fully protects the environment.

“I want to be able to say I'm leaving the future generations of not only my own family but those families of our community with a cleaner safer Housatonic River and this settlement accomplishes that goal," Patricia Carlino, a member of the Lee Select Board, said in a statement.

Katie Dykes, commissioner of Connecticut's Department of Energy and Environmental Conservation, said Connecticut also has a strong interest in the removal of PCBs from the river, which flows into the state.

“We are pleased there is a significant step forward being taken today," Dykes said.