Protect3d can design protective pads with a quick scan and 3D-print them within hours. 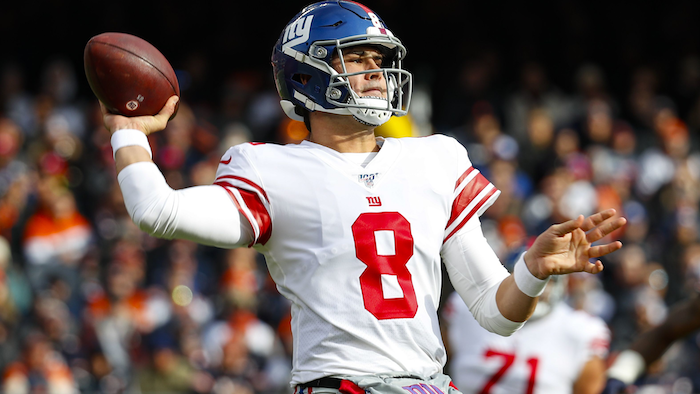 MIAMI (AP) — Imagine protective pads designed after a quick scan, then created within hours by a 3-D printer.

Thinner, lighter and precisely contoured to protect a quarterback's collarbone or a center's injured thumb.

Well, a trio of former Duke football players and engineers did, and it's not just a theory. While still playing, they created a pad that allowed quarterback Daniel Jones, now with the New York Giants, to return after only three weeks with a broken collarbone in 2018. Jones wound up being drafted No. 6 overall in April 2019.

“We saw the success Daniel had with that pad and how well that worked, but we were able to step back a second and look at the bigger picture of athletic protection and say this process worked really well for this application. Do we think we can apply this elsewhere?'" said co-founder and former Duke kicker Tim Skapek.

Their company called Protect3d impressed judges enough Friday to win the NFL's 1st & Future competition where the league solicits ideas to help keep players safer and healthier. They won $50,000, though Skapek, Kevin Gehsmann and Clark Bulleit will have to figure out how to split a pair of tickets to the Super Bowl on Sunday.

Ben and Steve Jenkins of Denver, Colorado, already had won $25,000 for being finalists in the analytics competition. They also won a pair of Super Bowl tickets for their look at how synthetic turf versus natural grass affects lower extremity injuries.

This was the fifth year that the NFL has invited people to help the league think of new ways to keep players healthy using technology and analytics. Previous winners have had ideas turned into new equipment or new drills and also influenced rule changes after pitching ideas to a Shark Tank-inspired panel of judges.

The former Duke players beat out Plantiga, a Canadian company that won $25,000 and Super Bowl tickets for using artificial technology and sensors placed in insoles to analyze how people move when hurt or recovering from an injury.

The other finalists pitched ideas to use sensors sewn into material for pads for helmets or even clothing to better measure where a player takes the hardest hit along with the other using 30-second screening to see where an athlete may be nursing a body part because of pain.

Ben and Steve Jenkins recommended the NFL look at using grass rather than synthetic surfaces when possible and also review the properties of the fake turf. They also suggested upgrading player padding and possibly reducing plays where players come to a sudden stop or twist. Ben Jenkins said they found players were hurt more in the middle of grass fields while injuries on artificial grass were more spread out.

The league asked contestants to focus on lower extremity injuries this year because that's 60 percent of the injuries players suffer.

“We think we can take the model that helped us reduce concussions so dramatically and apply it to the lower extremity injuries and hopefully have similar results,” NFL Commissioner Roger Goodell said.

Getting more ideas and information along with new ways to analyze that data will help the NFL's work to make the game safer whether the result is further tweaking rules or changing equipment.