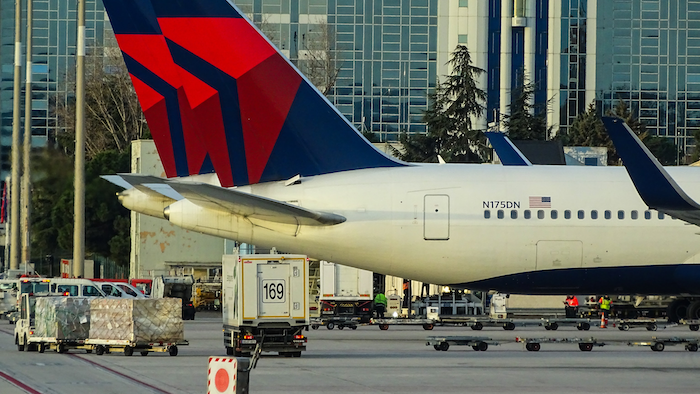 A delivery ride-sharing company is partnering with Delta Air Lines in hopes of establishing a same-day delivery service for critical industrial components.

The airline’s Delta Cargo subsidiary and Roadie last month introduced Dash Door-to-Door in the companies’ native Atlanta. Roadie, an app that allows users to schedule package pickup and delivery in privately owned vehicles, said the program is the fastest of its kind in the U.S.

The companies also called the agreement a first for a U.S. passenger airline. Roadie began working with Delta to deliver the carrier’s delayed baggage in 2015.

“Expanding our model into the belly of a 737 is just the latest step in realizing our vision to make same-day delivery faster, more efficient and more sustainable,” Roadie founder and CEO Marc Gorlin said in a statement.

Company officials said customers on Delta Cargo’s website who select a flight and the door-to-door option will receive a price quote, a driver schedule, and pickup and delivery options to book along with the flight.

The service, Roadie added, is available 24 hours a day at competitive prices and utilizes TSA-approved drivers. Packages must be less than 100 pounds and less than 90 inches in length, but the airline noted that packages of more than 16 pounds require users to be approved as a “TSA Known Shipper.”

The program kicked off with deliveries from Atlanta to 55 cities, but the companies said pickups would begin in dozens of additional markets before the end of the year. Roadie says it currently offers its delivery ride-share service in more than 70 cities.

The new service is available to any customer, but Delta and Roadie said it was inspired by a need for “time-critical shipments” in industrial capacities, including the manufacturing, automotive and medical segments.

Officials from Italian packaging machinery manufacturer Ronchi’s U.S. subsidiary said in the release that they “have used the Dash Door-to-Door service several times now and plan to use it more often for critical same-day delivery.”