Amazon is under pressure from big-name brands to cut back on fake goods from third-party sellers. 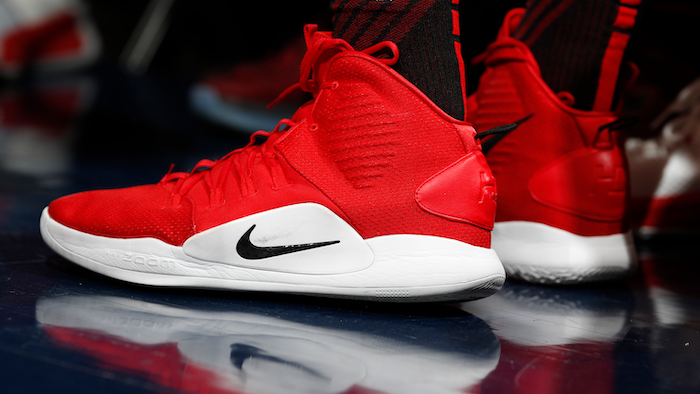 In this Jan. 13, 2019, file photo Portland Trail Blazers forward Zach Collins (33) wears a pair of Nike Hyperdunks in the first half of an NBA basketball game in Denver. Nike is ending a sales partnership with Amazon less than a month after the athletic gear company named e-commerce veteran John Donahoe as its new CEO.
AP Photo/David Zalubowski, File

Nike is ending a sales partnership with Amazon less than a month after the athletic gear company named an e-commerce veteran as its new chief executive.

The company says it wants to create a more direct customer experience, but the announcement Wednesday is a setback for Amazon.

When Nike announced the pilot program with Amazon.com Inc. in 2017, it hoped that it would have more control over the brand if it were more closely involved.

Industry analysts who have monitored the partnership say it appears that those problems have continued.

Amazon has acknowledged problematic sales of counterfeit goods on the site this year and introduced new tools stop them.

The Seattle company didn’t immediately respond to a request for comment.

For its part, Nike Inc. says it will still partner with Amazon Web Services for its website and apps. The company is also continuing to invest in partnerships with other retailers and platforms.

The end to the pilot program comes shortly after Nike named John Donahoe as its new CEO. Donahoe previously ran e-commerce company eBay. Nike's sales have been on the rise as the Beaverton, Oregon-based company focuses on selling more of its swoosh-branded sneakers online and on its apps. The company's fiscal first-quarter earnings in September soared past expectations.