Replacing silicon could help the tech industry face one of its biggest challenges. 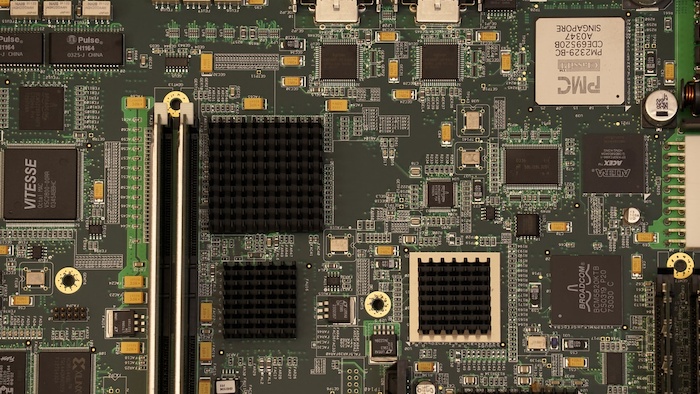 Not everything is bigger in Texas -- some things are really, really small. A group of engineers at The University of Texas at Austin may have found a new material for manufacturing even smaller computer chips that could replace silicon and help overcome one of the biggest challenges facing the tech industry in decades: the inevitable end of Moore's Law.

In 1965, Gordon Moore, founder of Intel, predicted the number of transistors that could fit on a computer chip would double every two years, while the cost of computers would be cut in half. Almost a quarter century later and Moore's Law continues to be surprisingly accurate. Except for one glitch.

Silicon has been used in most electronic devices because of its wide availability and ideal semiconductor properties. But chips have shrunk so much that silicon is no longer capable of carrying more transistors. So, engineers believe the era of Moore's Law may be coming to an end, for silicon at least. There simply isn't enough room on existing chips to keep doubling the number of transistors.

Researchers in the Cockrell School of Engineering are searching for other materials with semiconducting properties that could form the basis for an alternative chip. Yuanyue Liu, an assistant professor in the Walker Department of Mechanical Engineering and a member of UT's Texas Materials Institute, may have found that material.

In a paper published in the Journal of the American Chemical Society, Liu and his team, postdoctoral fellow Long Cheng and graduate student Chenmu Zhang, outline their discovery that, in its 2D form, the chemical element antimony may serve as a suitable alternative to silicon.

Antimony is a semi-metal that is already used in electronics for some semiconductor devices, such as infrared detectors. As a material, it is only a couple of atomic layers thick and has a high charge mobility -- the speed a charge moves through a material when being pulled by an electric field. Antimony's charge mobility is much higher than other semiconductors with similar size, including silicon. This property makes it promising as the building block for post-silicon electronics.

Liu has only demonstrated its potential through theoretical computational methods but is confident it can exhibit the same properties when tested with physical antimony samples, which is the team's next step. But the findings have even broader significance than simply identifying a potential replacement for silicon in the race to maintain Moore's Law into the future.

"More importantly, we have uncovered the physical origins of why antimony has a high mobility," Liu said. "These findings could be used to potentially discover even better materials."

— University of Texas at Austin