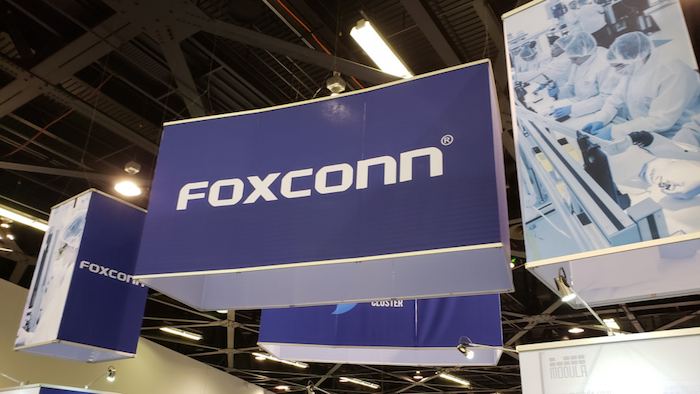 MILWAUKEE (AP) — Foxconn Technology Group promised to make a splash in Wisconsin beyond the sprawling manufacturing facility it is building in the southeast of the state, but there's little evidence that plans to build the so-called "innovation centers" are moving forward.

Wisconsin promised nearly $4 billion in state and local tax incentives to the Taiwan-based electronics giant if it invested $10 billion and created 13,000 jobs over 15 years to construct a 20-million-square-foot (1.86 million-square-meter) campus along a highway about halfway between Milwaukee and Chicago.

The plant will produce Foxconn's next generation of liquid crystal display technology that will be used to make display screens for cellphones, tablets and other devices. President Donald Trump lauded the deal as transformational for the state and national economy.

But the development directors in those cities said those plans are on hold as Foxconn appears to be prioritizing its main manufacturing campus in Mount Pleasant, Wisconsin Public Radio reported Wednesday. The plant is slated to open next year.

"Foxconn is focusing on the (Mount) Pleasant campus," said Shannon Powell, a spokesman for Racine Mayor Cory Mason. "Should an innovation center in the city get up and running there would certainly be a grand opening event."

David Callender, a spokesman for Wisconsin's Department of Economic Development, referred all inquiries to Foxconn, and Foxconn officials declined the station's requests for comment.

Except for Milwaukee, Foxconn has said each of the prospective centers could hire between 100 to 200 people to work in high-skilled jobs. It said it would create more than 500 jobs in Milwaukee.

These jobs would qualify for state tax credits, which are administered by the Wisconsin Economic Development Corp., or WEDC.

"WEDC receives a report from Foxconn on Dec. 31 each year which WEDC uses to determine whether the company qualifies for the jobs credits," Callender said. "We do not monitor the project more frequently than that."

The development of innovation centers are a key component of a new initiative that Foxconn announced earlier this month to recruit students from Gateway Technical College in Racine, Chippewa Valley Technical College in Eau Claire and the University of Wisconsin-Parkside in Kenosha to work at the company.