Businesses Having Harder Time Getting Credit

And it's having an impact on plans to hire. 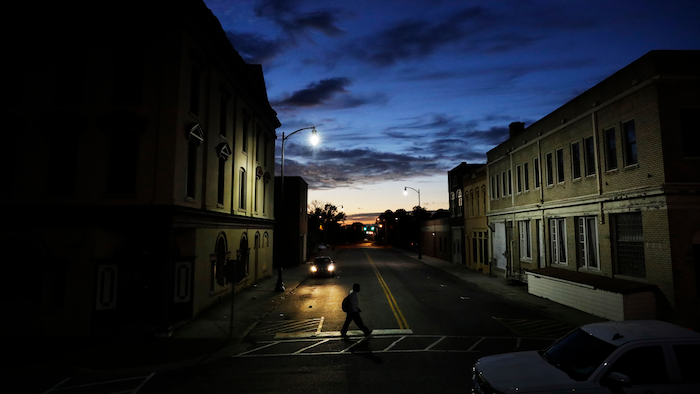 In this Oct. 28, 2017, file photo a pedestrian crosses a downtown street at dusk in Lumberton, N.C. Small and mid-sized businesses are having a harder time getting credit and that’s having an impact on their plans to hire. Those are findings of a quarterly survey of small businesses released Monday by Pepperdine University’s Graziadio School of Business and Management and Dun & Bradstreet Corp.
AP Photo/David Goldman, File

NEW YORK (AP) — Small and mid-sized businesses are having a harder time getting credit and that's having an impact on their plans to hire.

Those are findings of a quarterly survey of small businesses released Monday by Pepperdine University's Graziadio School of Business and Management and Dun & Bradstreet Corp. The third-quarter survey questioned 752 small and mid-sized businesses, with some of the results broken out by company size.

Companies of all sizes said it was harder to get loans; 59% said it was difficult to get debt financing, up from 56% in a survey in the second quarter. Businesses had more trouble getting bank loans, a sign that financial institutions may be getting cautious amid an economy that has weakened since the start of the year. Twenty-eight percent of small businesses reported success in getting bank loans during the previous three months, down from 31.6% in the second quarter. Mid-sized companies also had a tougher time, with 75% reporting they could get bank loans, down from nearly 90%.

While banks have increased their lending to small and mid-sized businesses following the Great Recession and the ensuing lean years, lending officers are likely becoming more cautious as signs point to a slowing economy. Small businesses are seen as having the greatest risk for lenders.

Companies expect it to be harder to be approved for loans in the coming months — 56% of those surveyed predicted it will be more difficult versus 52% in the last survey. Still, bank loans are the preferred method of financing companies most expect to get — 68% cited banks as their most likely source of outside money.

Hiring expectations are slightly lower, with 30% of all companies not expecting to add jobs, up from 28% in the second quarter. Access to capital was the No. 1 reason why companies don't expect to hire; it was cited by 46%. Economic uncertainty was the second-most often cited at 24%, but that was an improvement over 32% in the previous survey.

Banks may be more hesitant to lend because revenue expectations are falling. Small businesses on average expect their revenue to rise 6.9% over the next 12 months, down from a prediction of 7.3% in a second-quarter survey and 7.5% in the first quarter. At the end of 2018, the forecast was for an 8.5% gain.

That increased pessimism wasn't surprising given that there was a drop in the number of companies reporting they were profitable in the last quarter — 55% of businesses of all sizes, compared to 58% in the previous survey.