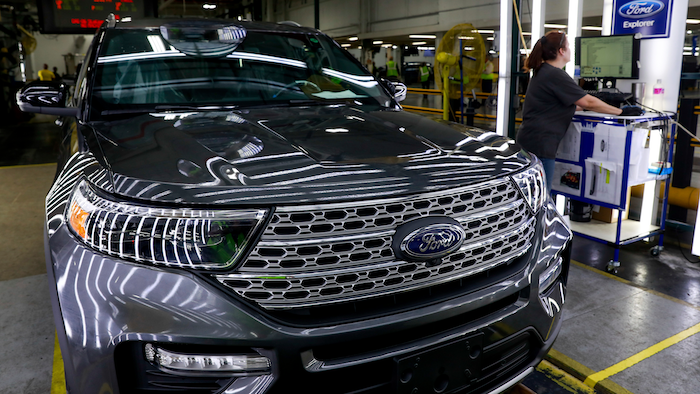 WASHINGTON (AP) — U.S. factory output increased in August at a solid clip, reversing a sharp drop in July, as production of metals, machinery and chemicals all rose.

The Federal Reserve said Tuesday that manufacturing production climbed 0.5% last month, after a 0.4% drop in July.

Despite the improvement, manufacturers will likely continue to struggle. Factories have been hit by the U.S.-China trade war, which has raised their costs and curtailed their exports. Manufacturing output fell in the first two quarters of this year, the first time that's happened since 2016. In the past 12 months, factory output has dropped 0.4%.

Auto production dropped 1% in August, the most since April, the Fed report found. Clothing and paper production also dropped. Output of computers, aircraft and furniture rose.

Other measures suggest that U.S. manufacturing production will keep declining. A survey of factory purchasing managers released earlier this month showed that manufacturing activity shrank in August for the first time in three years. New orders fell sharply, the survey found, a sign that output may fall further in the coming months.

Manufacturers have also slowed their hiring, adding just 3,000 jobs in August, down from an average of 22,000 a month last year.

Factory output fell in the first four months of this year, and dropped again in April. With 50,000 General Motors autoworkers now on strike, it will be difficult for manufacturers to boost their production this month.

The Trump administration has imposed tariffs on $360 billion of Chinese goods, and China has retaliated with its own tariffs on American products. The United States has also imposed tariffs on steel and aluminum. The duties have raised the cost of raw materials and components and disrupted manufacturers' supply chains.