He did not name a new location, but a hilly area in East Kalimantan province on Borneo has often been rumored as a possible site. 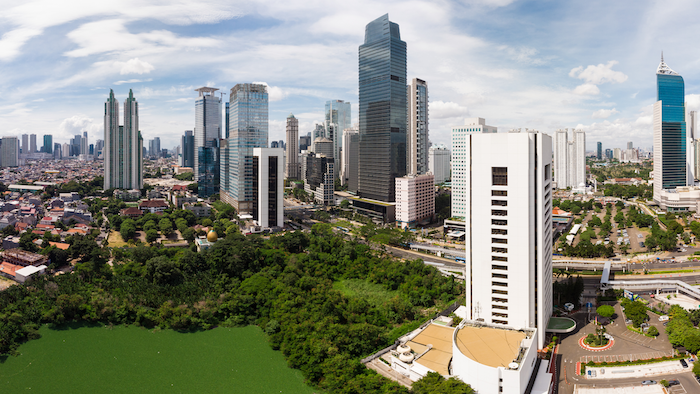 JAKARTA, Indonesia (AP) — Indonesia's president on Friday appealed for support to move the country's capital from overcrowded, sinking and polluted Jakarta, in an annual national address to mark the 74th anniversary of independence.

President Joko Widodo told members of parliament and top officials on the eve of Independence Day that the capital city is not only a symbol of national identity, but also a representation of its progress.

"I'm asking your blessing and support from all Indonesian people to move our national capital to the island of Borneo," Widodo said. "This is for the realization of equality and economic justice, this is for the vision of forward Indonesia."

Indonesia's decades-long discussion about building a new capital on Borneo island inched forward in April when Widodo approved a plan for the capital to move from Jakarta on Java island, the nation's most populous.

He did not name a new location but a hilly area in East Kalimantan province on Borneo has often been rumored as a possible site.

Prone to flooding and rapidly sinking due to uncontrolled ground water extraction, Jakarta is the archetypical Asian mega-city. It has been creaking under the weight of its dysfunction, causing massive pollution to rivers and contaminating the ground water that supplies the city. Congestion is estimated to cost the economy $6.5 billion a year.

Improving inadequate infrastructure in the Southeast Asia's largest economy has been Widodo's signature policy and helped him win a second term in April elections.

In an interview with The Associated Press last month, Widodo reiterated that he wants to build a new capital, suggesting it should be outside Java, where 57% of the country's nearly 270 million people are concentrated.

"We want to separate the capital, the center of government and Jakarta as a business and economic center," he said, "We don't want all the money existing only in Java. We want it to be outside of Java as well."

Jakarta counts 10 million people and swells to three times that number when counting those living in its greater metropolitan area.