Legislative leaders said they got an update on the company's plans, but did not elaborate. 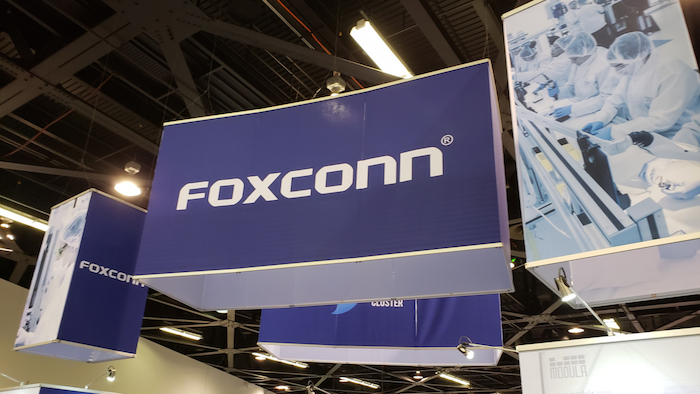 MADISON, Wis. (AP) — Foxconn Technology Group executives met Wednesday with Wisconsin's governor, legislative leaders and others but no one is saying much about what they discussed.

Foxconn, the world's leading electronics manufacturer, has been under the spotlight in Wisconsin ever since striking a deal in 2017 to build a flat-screen display panel plant heralded by President Donald Trump as the "eighth wonder of the world."

Buoyed by the company's promise that the facility would employ up to 13,000 people, then-Gov. Scott Walker and fellow Republicans who controlled the Legislature approved the largest incentives for a foreign company in U.S. history — a package that could provide Taiwan-based Foxconn with about $4 billion in state and local tax credits over 15 years.

Foxconn has since said it will build a smaller plant in Mount Pleasant than originally planned, prompting current Gov. Tony Evers, a Democrat, to question whether the incentives need to be renegotiated.

Foxconn officials met Wednesday with Evers and separately with Republican Senate Majority Leader Scott Fitzgerald and Assembly Speaker Robin Vos. Both Vos and Fitzgerald said in messages on Twitter that they got an update on the company's plans, but did not elaborate.

Fitzgerald tweeted that he looked forward to working with Foxconn "well into the future."

Foxconn officials in Wisconsin for the meetings were Chairman Young Liu, Vice Chairman Jay Lee and Alan Yeung, who is Foxconn's U.S. strategist.

Evers' spokeswoman, Melissa Baldauff, said he wants to build a relationship with Liu, who took over as chairman this summer after former chairman Terry Gou decided to run for president in Taiwan. Gou lost in the primary.

Foxconn issued a statement saying only that Liu was meeting with Evers, state and local officials, and members of Wisconsin's higher education community.

Foxconn announced a partnership with the University of Wisconsin-Madison last year, pledging to provide a matching gift of up to a $100 million to help fund a new building for the College of Engineering. It's unclear if any progress has been made on that deal.