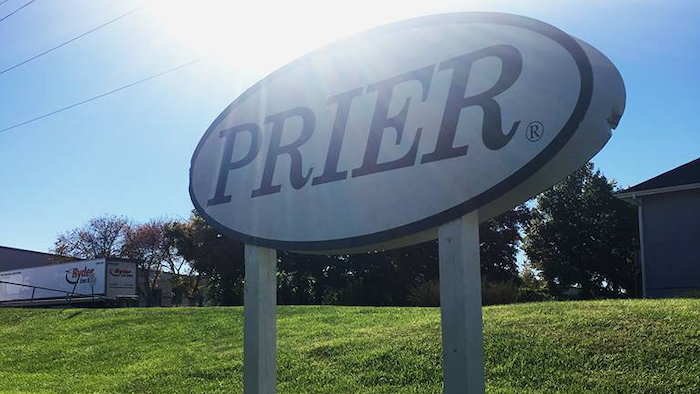 KANSAS CITY, Mo. (AP) — Astry Sosa has a good job at Prier Products, a manufacturer of plumbing products, but she's the first to admit that she's never been able to save money.

"I could just never seem to make it stay in a single place, you know?" she said with a laugh. "I'd always talk myself into 'Oh well, what's $20 on something?''"

So when the 25-year-old Sosa took over payments on a pickup truck her parents owned, it was tough.

"We were struggling to make the money to pay the taxes on it and get it licensed and all that stuff and I just couldn't save the money to do it," she remembered.

Sosa definitely didn't want to pursue a payday loan. Around 12 million Americans used that type of short-term, high-cost method of borrowing money last year, costing them $9 billion in fees, according to the Pew Charitable Trusts. The loans typically charge 400% interest, according to the Consumer Federation of America.

Sosa took advantage of a new benefit offered at Prier. Her employer was participating in a pilot program called Onward Financial, designed as a workplace perk that helps employees save enough money for emergencies, get low-interest loans, establish credit and gain some financial literacy, KCUR-FM reported.

Onward came along at a time when both Sosa and her boss, Prier CEO Joe Poskin, needed it. Poskin said he'd long wanted to create a short-term savings program for his employees.

"The idea — the whole idea — that you're trying to combat payday loans and create a financial cushion or a base for these folks, well that's what we've been trying to do here at Prier for our folks for the 25, 26 years we've been here," he said.

Prier's 75 employees have the option to enroll in Onward. They commit to saving at least $1,000 by having 5% taken out of each weekly paycheck (some deductions are as small as $24). Poskin also requires that the worker must be enrolled in the company's 401-K plan, and both that and the Onward account gets a 5% match from the company.

"We call the 401-K the ceiling plan, and we call Onward the floor plan," Poskin said.

A few of Kansas City's payday lenders have given the city a bad reputation, chief among them Scott Tucker, the Leawood businessman sentenced in January 2018 to 16 years in federal prison for running an illegal internet payday lending network. Federal prosecutors said Tucker charged "everyday Americans" up to 1,000% on loans. (Tucker's story later became an episode of the Netflix series "Dirty Money.")

Among others, Tucker's brother was also indicted on a fake payday lending scheme, and another Kansas City lender was sentenced to ten years in federal prison for wire fraud, racketeering and identity theft.

"When I arrived (in Kansas City), I felt this was the perfect place to launch from," said Onward's creator, Ronnie Washington. "Unfortunately, it's been termed the payday lending capital of the U.S."

Washington, 30, founded Onward in 2016, just as he was graduating from Stanford University, after hearing a relative's story of needing to pay for car repairs. When family and a boss couldn't help, Washington said his relative, who was based in Washington, D.C., ended up at a payday lender, which charged 300% interest.

"I thought it was pretty predatory," Washington said. "I realized that there are so many workers across this country that tried to do the responsible thing and yet still fall into this trap of having limited options available to them and getting taken advantage of."

He wanted to do something about it.

Washington was talking about his non-profit start-up at a gathering when he met Poskin's son, who was also attending Stanford, and who knew his father had long wanted to help his workers with building savings.

"Ronnie calls, he starts to explain it," Poskin recalled. "It's like OMG, man, we've been waiting for this! Let's go!"

The Onward app is also connected with the Kansas City Credit Union, which offers the Prier workers low-interest loans. Onward was part of the first cohort of the Fountain City FinTech and last December Onward won a $1 million grant from the Rockefeller Foundation and Chan Zuckerberg Initiative's Communities Thrive Challenge.

Onward is branching out to some other Kansas City employers, and will soon have at least two more workplaces enrolled in the program. Offering Onward as a workplace benefit is part of its appeal, Washington said.

"The endorsement of the employer is crucial in helping us stand out among the numerous financial options on the market, some of which are really predatory and harmful," Washington said.

And, Onward's relationship with an employer means its can offer lower lending rates without credit checks, since the loan repayment is automatically deducted from a worker's paycheck, he said. Washington hopes to take his app national by the second quarter of 2020.

One of Onward's first users, Sosa now has saved the $2,000 she needed to pay her truck's taxes and licensing, and she refinanced her car loan, which had a high interest rate, to a much lower rate with the Kansas City Credit Union.

"It was a relief," she said. "I've never had that much money all together and bundled up at once until I started working here and was able to actually save up the money to do it."