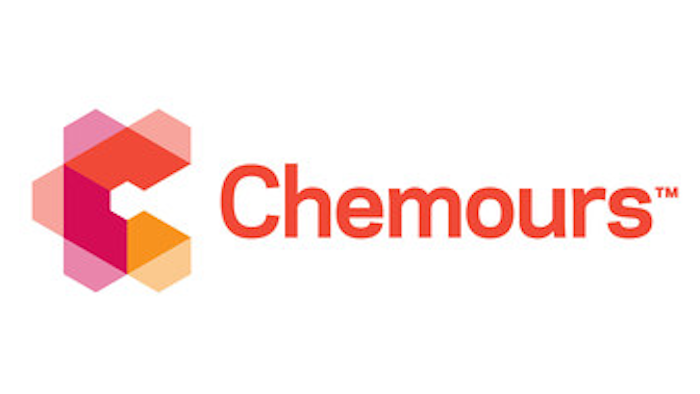 DOVER, Del. (AP) — The CEO of Chemours is assuring investors that the chemical company is financially sound, despite a disappointing second quarter and a high-stakes lawsuit against former parent company DuPont.

CEO Mark Vergnano told The Associated Press on Friday that the decline was the result of "temporary" headwinds, and that Chemours is on "solid financial footing."

"We feel good about the growth prospects that are in front of us," he said.

Vergnano also said the lawsuit over the cost of environmental liabilities with which Chemours would be saddled when DuPont spun off its former performance chemicals unit in 2015 was not driven by concerns about Chemours' solvency.

The lawsuit, filed in Delaware's Chancery Court in May, alleges that the DuPont Co. massively downplayed the cost of environmental liabilities Chemours might face after the spinoff, and that the maximum liability exposure figures DuPont certified prior to the spinoff have proven to be "systematically and spectacularly wrong."

"There have been some folks who from that have implied that the lawsuit speaks to some form of our insolvency, and what we just want to tell everyone is that couldn't be further from the truth," Vergnano said.

DuPont has filed a motion to dismiss the lawsuit, saying any disputes arising from the separation of its former performance chemicals unit must be resolved through private arbitration.

Chemours claims that DuPont had "a keen incentive" to downplay environmental liabilities while extracting a multibillion-dollar dividend from Chemours that would help fund a stock buyback. Chemours is seeking a declaratory judgment limiting DuPont's indemnification rights to the maximum liabilities it certified, or for an order directing the return of the $3.9 billion dividend.

Meanwhile, Chemours, DuPont and other chemical companies are facing new lawsuits over water contamination related to manmade compounds known as per- and polyfluoroalykyl substances, or PFAS. Those fluorinated chemicals have been used in a wide variety of consumer and industrial applications, including food packaging, stain- and water-repellent textiles, nonstick products and body armor. The group of compounds — sometimes called "forever chemicals" because of their longevity in the environment — include perfluorooctanoic acid, or PFOA, which was used in the production of Teflon, and perfluorooctane sulfonate, or PFOS, which has been used in firefighting foams used on military bases around the country.

Federal studies have found links between heavy exposure to the compounds and various health problems, including cancer. The compounds have contaminated groundwater and wells in several states, including areas near military installations.

While declining to address the lawsuits, Vergnano said "Chemours and DuPont never made or sold PFOS, period."

"We have never manufactured or formulated firefighting foams," he added.

Meanwhile, Chemours signed a consent order earlier this year with North Carolina officials involving PFAS contamination of the Cape Fear River from emissions at a Chemours facility in Fayetteville.

"We are limiting, actually reducing to almost negligible, any effluent that's going out to the water or the air," Vergnano said.

"We really are very positive about the prospects of this company," Vergnano said, pointing to Opteon refrigerants with low global warming potential, fluoropolymers that will help enable "5G" next-generation wireless service, and Chemours' position in the market for titanium dioxide, a widely used whitening pigment.

"It's a tremendous buying opportunity for our investors right now," Vergnano said earlier in the day when asked about the company's share price.