Trump Threatens to Get 'Much Tougher' with China

Trump complains China's leaders "always change the deal in the end to their benefit." 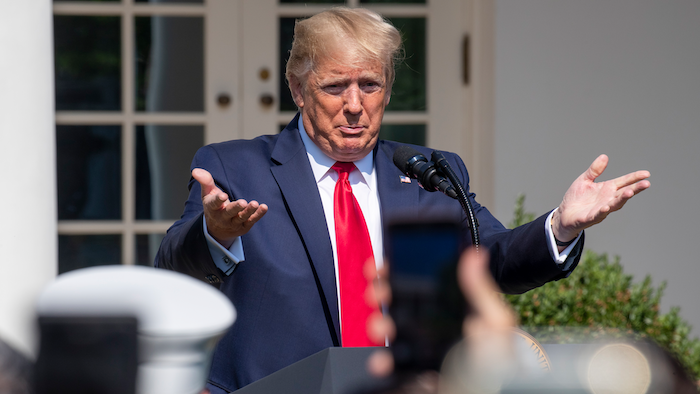 President Donald Trump welcomes first responders before signing H.R. 1327, an act ensuring that a victims' compensation fund related to the Sept. 11 attacks never runs out of money, in the Rose Garden of the White House, Monday, July 29, 2019, in Washington.
AP Photo/J. Scott Applewhite

WASHINGTON (AP) — President Donald Trump is threatening to get "much tougher" with China on trade if he wins reelection in 2020.

Trump is tweeting his frustration as negotiations between the countries resume Tuesday two months after talks aimed at ending a tariff war broke down.

Trump complains China's leaders "always change the deal in the end to their benefit" and suggests they should wait out the election to see if a Democrat wins.

But, he adds: "The problem with them waiting, however, is that if & when I win, the deal that they get will be much tougher than what we are negotiating now...or no deal at all."

Talks will be held Tuesday and Wednesday in Shanghai to try to resolve disagreements, including over China's tech giant Huawei.