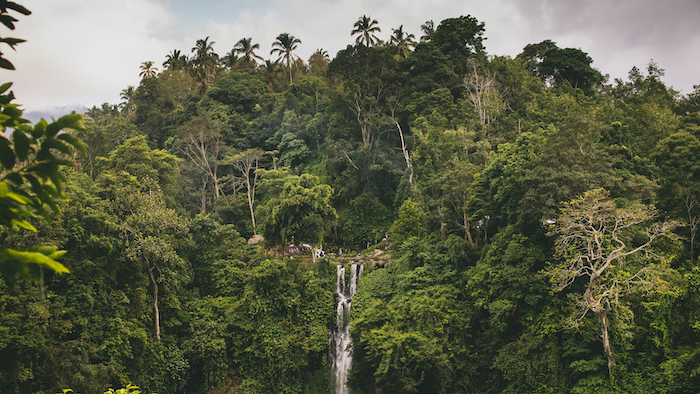 JAKARTA, Indonesia (AP) — The main global organization for certifying sustainable wood says one of its members destroyed tropical forests in easternmost Indonesia but it stopped short of expelling the company.

The Bonn, Germany-based Forest Stewardship Council said it would impose "improvement" requirements on Korindo, a Korean-Indonesian conglomerate, that an environmental group found had cleared more than 30,000 hectares of tropical forests for palm oil plantations in Indonesia's Papua and Maluku regions.

The council's two-year investigation was triggered by a complaint from the environmental group, Mighty Earth, which for several years has drawn attention to Korindo's rainforest destruction and its conflicts with local communities.

FSC's mark, a stylized tree, is sought by paper producers and other wood users as an endorsement they can use in the global marketplace to promote their products as "green" and charge a premium.

Indonesia has one of the world's highest rates of natural forest destruction due to logging by the pulp and paper and palm oil industries and their subsequent conversion of the land to industrial plantations. Loss of natural rainforest habitat in Sumatra and Borneo is driving species including orangutans toward extinction in Indonesia. The remote Papua region, for decades largely untouched by industrial agriculture, is now seen as a new frontier for exploitation by plantation companies.

The council said in a statement Tuesday that its investigation "concluded that Korindo had converted forests to establish oil palm plantations in Indonesia, leading to the destruction of high conservation values."

The council said Korindo had licenses to establish palm oil plantations in Indonesia but its activities violated the organization's policies including on gaining the informed and prior consent of communities that would be affected by its operations.

Korindo said in a statement that it "acknowledges that certain activities were not in full compliance" with FSC policies. It defended its actions as not illegal under Indonesian law but said it would "take necessary actions in order to mitigate any past negative impacts."

The council said expelling Korindo would not solve the environmental and social damage it caused. It currently denies certification to Asia Pulp & Paper, an arm of Indonesia's family-owned Sinarmas conglomerate and one of the world's largest paper producers, after expelling it in 2007.

The environmental group welcomed the certification organization's announcement but also criticized it for not releasing the full findings of its investigations, which would allow Korindo to "distort the facts and spin the conclusions."

The Forest Stewardship Council said in order to retain certification, Korindo would need to end deforestation, comply with prior and informed consent principles and remedy the previous damage it was responsible for.