The suspicious fire threw Italy's high-speed rail system into chaos, causing some departed trains to be delayed as much as four hours. 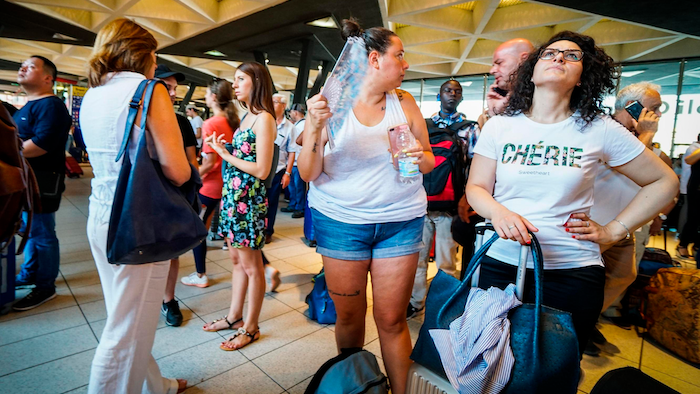 The state railways company said the suspicious fire occurred near Rovezzano station along the Rome-Florence line and caused those trains which did depart to be delayed as much as four hours.

The blaze was under investigation.

Amid deteriorating relations between feuding government parties, Interior Minister Matteo Salvini went to Rovezzano to inspect the site after dangling the possibility that the fire might be linked to a recent reprise of violent protests by opponents of construction of a high-speed train line between France and Italy, known as TAV.

Salvini has been blasting his coalition partner, the 5-Star Movement, for opposing the TAV project. On Sunday, he suggested that its opposition to TAV construction could put the year-old populist government's very survival at risk.

Whatever the cause of fire turns out to be, "we expect from all parties and the entire government a harsh condemnation of the violence and a 'yes'" to TAV, Salvini tweeted.

Besides the cancellation of both state trains and private Italo high-speed trains, it also caused many regional trains to be canceled or delayed, the state railway said.

The railway said work began to repair the electrical cables damaged by the fire.

The disruptions took place as many Italians and tourists were heading off to or returning from vacation destinations.

Italy faces more travel chaos this week. Train, ferry and mass transit workers as well as taxi drivers are striking on Wednesday and an air travel strike is set for Friday.

With the goal of attracting and retaining women in industries where they are underrepresented.
May 13th, 2022
Follow Us
Most Recent