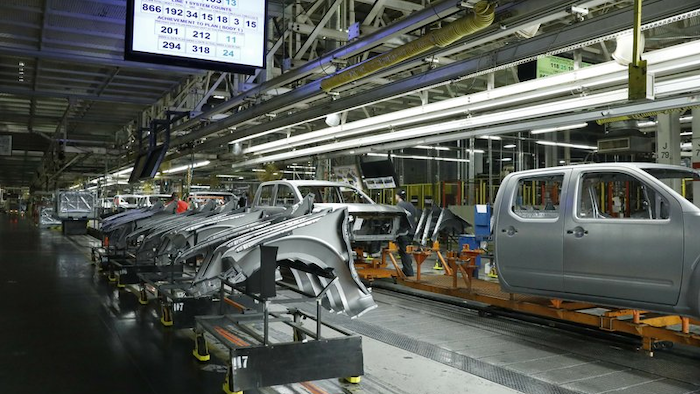 WASHINGTON (AP) — U.S. industrial production was flat in June, as a slump in utilities was offset by gains in output by factories and mining.

The Federal Reserve said Tuesday that manufacturing production increased 0.4% last month, aided by a nearly 3% surge at auto plants. Still, factory output has been weak over the past 12 months, posting a modest gain of just 0.4%. The manufacturing sector has faced challenges because of President Donald Trump's tariffs against China and the retaliatory taxes imposed by that country.

Production at the nation's utilities fell 3.6%, as a milder than usual June led to less demand for air conditioning. Production at mines, a sector that also covers oil and gas drilling, advanced a modest 0.2%.

The weakness in manufacturing has held back industrial output. During the April-June quarter, industrial production tumbled at an annual rate of 1.2%, the second straight quarterly decline. The April-June quarter saw sharp decreases in the making of machinery, motor vehicles, fabricated metals, textiles, paper and plastics and rubber products, among other goods.

The import taxes on roughly $250 billion worth of Chinese goods have increased the costs for manufacturers that rely on foreign components, as well as created uncertainties about a global supply chain that keeps factory output steady. The Trump administration has relied on tariffs as leverage for causing China to trade on more favorable terms with the United States.