Some workers say their paychecks are bouncing as the company goes through bankruptcy proceedings. 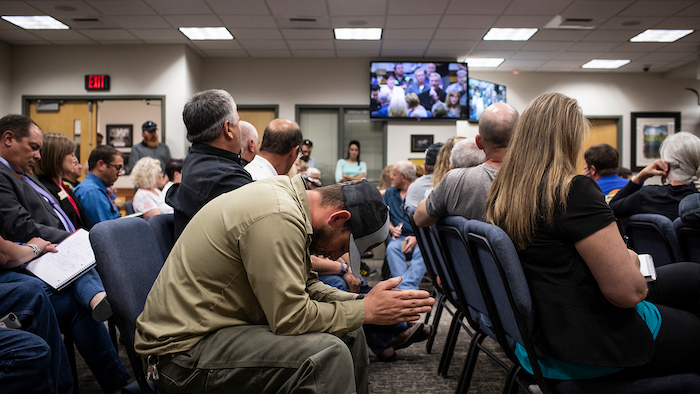 Craig Wakefield, an employee at Belle Ayr for 10.5 years, during a public meeting regarding the closures of two Blackjewel mines at the Campbell County Courthouse in Gillette, Wyo., Tuesday, July 2, 2019.
Josh Galemore/The Casper Star-Tribune via AP

ROANOKE, Va. (AP) — Some Virginia miners for the coal company Blackjewel LLC say their paychecks are bouncing and they remain out of work as the company goes through bankruptcy proceedings.

The Roanoke Times reports some workers say they're unsure if they still have jobs after reportedly being asked to stay home last week. One miner told the paper they think their pay is almost a month late as facilities remain at a standstill.

Blackjewel filed for Chapter 11 bankruptcy July 1 and said it needed about $6 million to pay employees. The company said in a release that it intends to compensate employees for time worked before the filing.