Researchers developed a flexible yet stain-resistant plastic material by creating a nanostructure based on the shape of Enoki mushrooms. 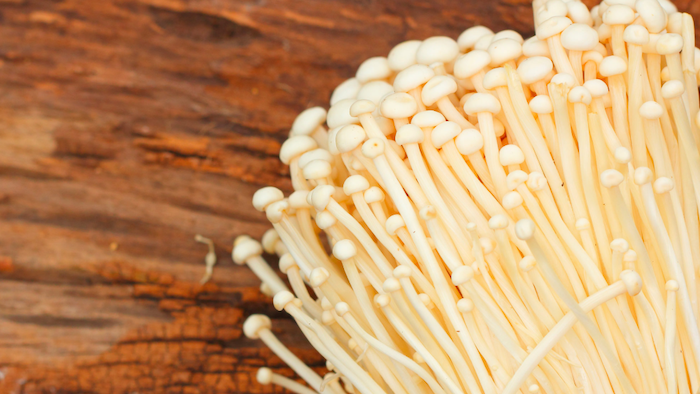 Researchers seeking a flexible, stain-resistant material turned to the thin stem and broad top of the Enoki mushroom, commonly found in Asian cuisine, for their inspiration. The result, dubbed nano-enoki polyethylene terephthalate, features a nanostructure that enables scattered light to penetrate the material but repels a wide range of substances.

The breakthrough could be vital for systems that depend on those properties, such as solar panels or LEDs, but also for emerging technologies that could utilize the material’s flexibility, such as flexible lighting, wearable devices or biomedical applications.

Engineers said the PET material’s ability to keep liquids out of the underlying structure outperforms the lotus leaf, which is “nature’s gold standard in terms of a liquid-repellant and self-cleaning surface.” Paul Leu, whose lab led the project, said the system could be adapted to resist bacteria or clotting.

“This is the best in the literature so far in terms of high transparency, high haze and high oil contact angle,” Sajad Haghanifar, a Pitt doctoral student and the paper’s lead author, said in a release.

The research was published in the Journal of Materials Chemistry A.