British Steel's talks with the government failed to secure a bailout amid industry-wide struggles and the U.K.'s pending exit from the European Union. 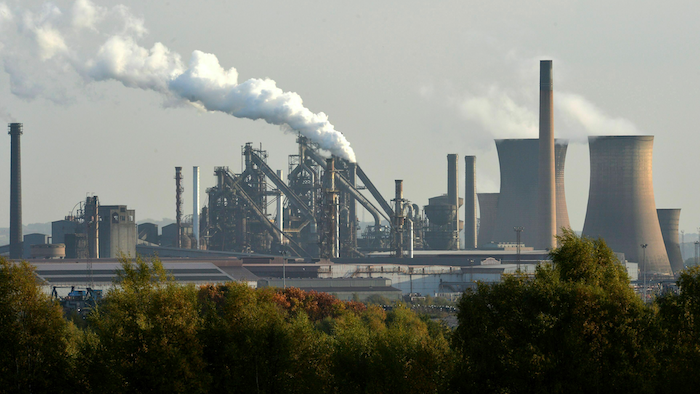 British Steel Ltd has been ordered into liquidation as it struggles with industry-wide troubles and Brexit, threatening 5,000 workers and another 20,000 jobs in the supply chain.

The company had asked for a package of support to tackle issues related to Britain's pending departure from the European Union. Talks with the government failed to secure a bailout, and the Insolvency Service announced the liquidation on Wednesday.

"The immediate priority following my appointment as liquidator of British Steel is to continue safe operation of the site," said David Chapman, the official receiver, referring to the Scunthorpe plant in northeast England.

The company will continue to trade and supply its customers while Chapman considers options for the business. A team from financial firm EY will work with the receiver and all parties to "secure a solution."

"To this end they have commenced a sale process to identify a purchaser for the businesses," EY said in a statement.

The government said it had done all it could for the company, including providing a 120 million pound ($152 million) bridging facility to help meet emission trading compliance costs. Going further would not be lawful as it could be considered illegal state aid, Business Secretary Greg Clark said.

"I have been advised that it would be unlawful to provide a guarantee or loan on the terms of any proposals that the company or any other party has made," he said.

"It is testament to the government's industrial policy vacuum, and the farce of its failed Brexit," he said in a tweet.

The crisis underscores the anxieties of British manufacturers, who have been demanding clarity around plans for Britain's departure from the EU. Longstanding issues such as uncompetitive electricity prices also continue to deter investment in U.K. manufacturing, said Gareth Stace, the director-general of U.K. Steel, the trade association of the industry.

"Many of our challenges are far from unique to steel - the whole manufacturing sector is crying out for certainty over Brexit," Stace said. "Unable to decipher the trading relationship the U.K. will have with its biggest market in just five months' time, planning and decision making has become nightmarish in its complexity."

Greybull Capital, which bought British Steel in 2016 for a nominal sum, said turning around the company was always going to be a challenge. It praised the trade union and management team, but said Brexit-related issues proved to be insurmountable.

"We are grateful to all those who supported British Steel on the attempted journey to resurrect this vital part of British industry," it said in a statement.