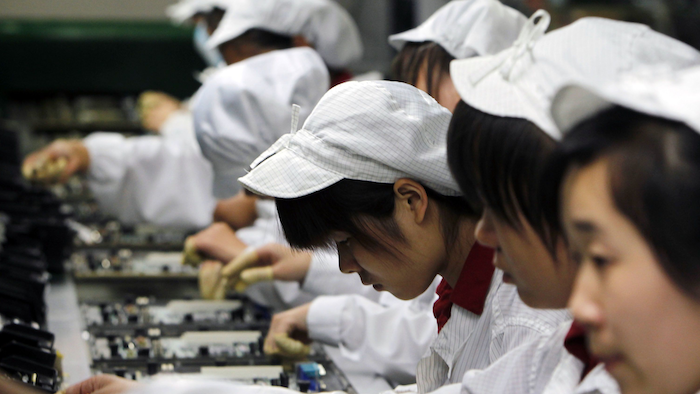 In this Wednesday, May 26, 2010, file photo, staff members work on the production line at the Foxconn complex in Shenzhen, China.
AP Photo/Kin Cheung, File

A pair of former Apple engineers hope a systems of cameras and advanced software could dramatically accelerate the high-tech design process.

CNBC recently profiled Instrumental, a Silicon Valley company formed in 2015 by Anna-Katrina Shedletsky and Samuel Weiss. Shedletsky and Weiss, the company’s CEO and CTO, respectively, spent months of their Apple tenures in China ensuring that the company addressed potential manufacturing problems before its products hit stores.

"Instead of sending an army of engineers at an enormous cost, every engineer can view assembly data on every unit from their desks thousands of miles away," Kevin Zurawski of Motorola, an Instrumental client, told the network.