The silicone material prevented barnacles or mussels from permanently attaching to vessels in a German harbor. 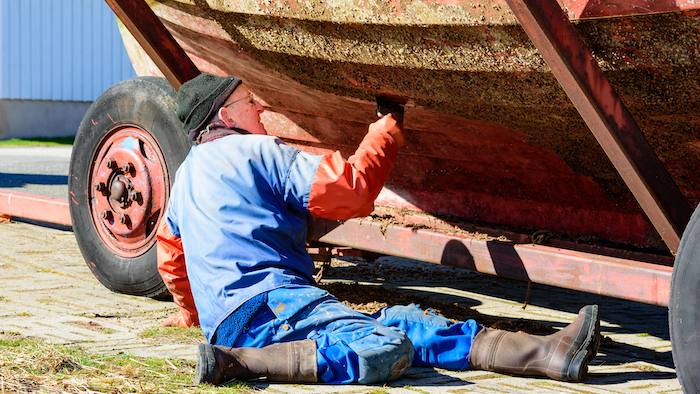 A research team from Germany recently outlined a possible solution to a problem that has long plagued the global maritime shipping industry.

In an effort to prevent the use of harsh chemicals, researchers from the Zoological Institute of Kiel University instead sought ways to prevent barnacles from sticking to hulls in the first place.

Their study, published in the Journal of The Royal Society Interface, generated a non-toxic silicone coating whose microstructure roughly resembles the head of a mushroom. The pattern reduces the contact area between barnacles and the surface by more than 50 percent, which ensures unwanted creatures do not become permanently affixed.

Researchers tested the material by coating parts of four yachts in the nearby harbor; after one season, no barnacles or mussels were attached to the coating. In addition, scientists said barnacles could be detached from the material without leaving any adhesive residue behind.

Although the material could help save fuel and cleaning costs for shippers, scientists also said the study helped determine how barnacles attach to surfaces — a major step toward understanding the complex properties of their chemical adhesives.

“With this understanding, it will certainly be possible to develop further innovative strategies for a toxin-free reduction of bio-fouling,” study co-author Lars Heepe said in a statement.