Italian Transport Minister Says Bridge Collapse ‘Should Have Been Avoided’

Danilo Toninelli says he's asking the companies that manage Italy's transportation infrastructure to report on their maintenance and modernization programs. 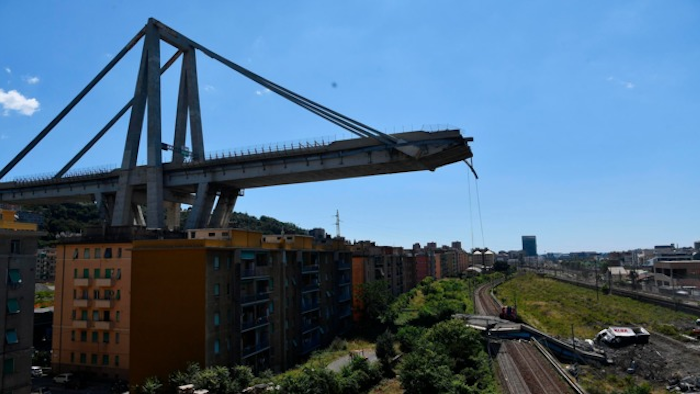 A view of the evacuated houses built under the remains part of the collapsed Morandi highway bridge, in Genoa, northern Italy, Wednesday, Aug. 15, 2018.
Nicola Marfisi/Associated Press

Italy's transport minister says the nation's entire infrastructure urgently needs both regular and extraordinary maintenance to avoid another tragedy like the bridge collapse that killed 43 people this month.

Danilo Toninelli briefed lawmakers on Monday about the Aug. 14 collapse of Morandi Bridge in Genoa.

He told them the "absurd disaster could and should have been avoided."

Toninelli says he's asking the private companies that manage Italy's transportation infrastructure to report on their maintenance and modernization programs, insisting that the resources invested must reflect the profits they make from tolls.

Advised by engineers that Morandi Bridge needed urgent work, Autostrade per l'Italia had planned renovations. But months before the work would have started, some cables and a long stretch of roadbed gave way, sending dozens of vehicles into the dry riverbed below.