The platinum-gold alloy is 100 times more durable than high-strength steel and is the first metal to be classified with the same wear-resistance capabilities as diamonds and sapphires. 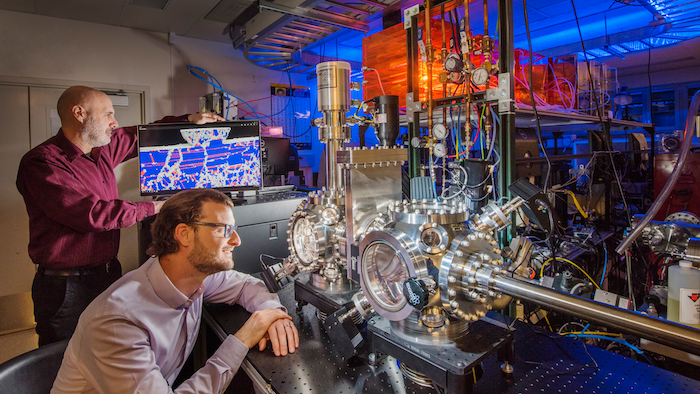 Federal researchers in New Mexico recently developed a metal alloy that resists wearing down roughly as well as a diamond.

Officials from Sandia National Laboratories, a contractor for the Energy Department, said the platinum-gold alloy is 100 times more durable than high-strength steel and is the first metal to be classified with the same wear-resistance capabilities as diamonds and sapphires.

Those properties, in turn, could prove valuable for a wide range of industries that stand to save on material costs.

“We showed there’s a fundamental change you can make to some alloys that will impart this tremendous increase in performance over a broad range of real, practical metals,” materials scientist and study author Nic Argibay said in a release.

The findings, published in the journal Advanced Materials, stemmed from Sandia engineers’ theory that a metal’s response to heat — rather than its hardness — determined how well it resisted friction.

They used computer simulations to calculate how materials were affected at the atomic level, and used the results to produce a combination of 90 percent platinum and 10 percent gold. Although it feels the same as other platinum-gold alloys to the human touch, violently skidding it along a road for one mile would only erode a single layer of atoms.

Alloys with those properties could lead to significantly more long-lasting and dependable materials for the multitude of industries that rely on metal parts, from aerospace systems to smart device components.

The electronics industry could save more than $100 million in annual materials costs, Sandia researchers estimated.

In a separate paper, published in the journal Carbon, scientists also detailed how the alloy began synthesizing diamond-like carbon — a premium coating — by accident during their tests. On a large scale, that process could enable a more economical way to manufacture the lubricant.

“Industry has other methods of doing this, but they typically involve vacuum chambers with high temperature plasmas of carbon species,” said first author John Curry. “It can get very expensive.”