Scientists Turn to Drones to Learn About Climate Quality

They will collect data in tough winter conditions that would be challenging for traditional ships. 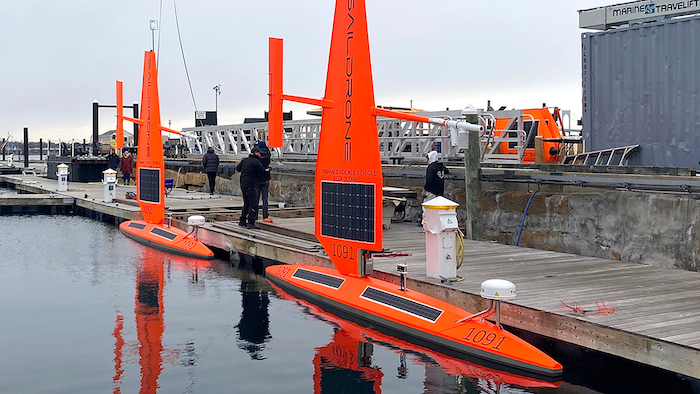 Three ocean drones were launched from Rhode Island Thursday and will travel along the Gulf Stream, collecting data in tough winter conditions that would be challenging for traditional ships with crews.

Saildrone, headquartered in Alameda, California, makes autonomous surface vehicles powered by the wind and sun to measure climate quality data and do mapping in remote oceans for scientists worldwide. The company launched the drones from Newport, Rhode Island, on a mission to sail the strong ocean currents in the North Atlantic for six months.

The goal is to gather information that's needed to improve medium and long-range weather forecasting, and to account for how much human-produced carbon dioxide the Gulf Stream can absorb. The carbon data could help improve the models that others use to hold countries accountable for their goals for lowering emissions, said Susan Ryan, a vice president at Saildrone.

Scientists from the University of Rhode Island and the European Centre for Medium-Range Weather Forecasts are leading the mission. The work is paid for with a roughly $1 million grant from the philanthropic arm of Google, Google.org, and its Impact Challenge on Climate.

Collecting data along the Gulf Stream is extremely challenging in the winter because of the strong currents and fierce storms, Ryan said.

The carbon budget released at the COP26 climate talks in Glasgow uses ocean carbon uptake estimates generated by models and statistical methods that fill in gaps when there is no data from the site, but that can yield a variety of results and uncertainty, Ryan added.

Philip Browne, a research scientist at ECMWF, said the Gulf Stream also has a big impact on weather forecasts and climate predictions, and they're excited to use the drones to collect data from the physically and scientifically challenging region.

Saildrone vehicles with modified wings captured the first live drone video this fall inside a category 4 hurricane, Hurricane Sam, and completed the first unmanned circumnavigation of Antarctica in 2019, according to the company. The company's first science mission was to the Arctic in 2015.

One of their drones operated along the Gulf Stream in 2019 for about 18 days.

“In that short period, we collected as many ocean CO2 measurements in the Gulf Stream for the month of February as had ever been recorded in the entire history of oceanography,” Jaime Palter, a URI carbon scientist and a co-principal investigator of the mission, said in a statement.

The three drones are expected to be retrieved in Newport next year. Data will be sent back to the scientists via satellite as the drones traverse the Gulf Stream.