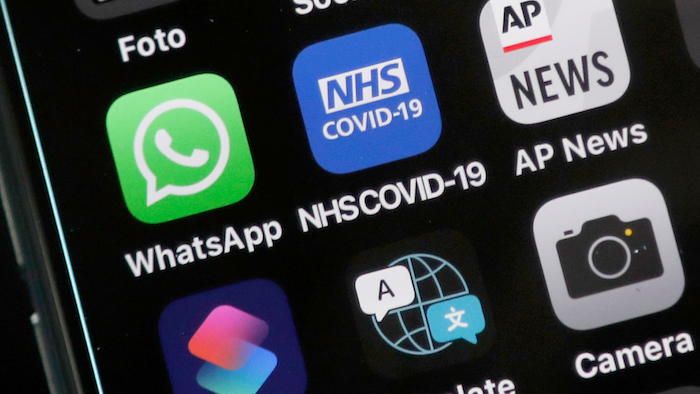 LONDON (AP) — Tech tools like digital contact tracing apps and artificial intelligence that European governments rolled out to combat COVID-19 failed to play a key role in solving the pandemic and now threaten to make such monitoring widely accepted, a new report shows.

The health surveillance technologies that many European countries deployed after the coronavirus pandemic erupted last year were often adopted without enough transparency, safeguards or democratic debate, according to a report released Thursday by AlgorithmWatch, a nonprofit research group that tracks the impact of AI systems.

Authorities scrambled to develop new technologies or use existing ones to combat the virus's spread. They built digital contact tracing apps to track who infected people had been around and later developed vaccine passports to verify people had received COVID-19 shots in order to travel or get into concerts, restaurants and other businesses. Some used drones and devices to enforce social distancing rules.

Many of these systems used “automated decision-making” technology, which reduced the complex social challenges posed by COVID-19 to a set of technology issues in need of tech solutions, the Berlin-based nonprofit said.

AlgorithmWatch acknowledged that technology played a role in helping save some lives during the pandemic, such as through the use of artificial intelligence to efficiently distribute vaccines.

But the report's authors said the most worrying trend was how the pandemic was used to “further entrench and normalize the surveillance, monitoring, measuring and prediction of an increasing number of daily activities — now essentially including public and personal health purposes."

That's an even larger problem considering the “bugs, fakery, data leaks" the group says are present in such tools, and the growing number of uses for information from COVID-fighting tech around the world.

Among the group's recommendations: use an “evidence based" approach when rolling out automated decision-making technology and clearly limit its use to avoid “mass opaque deployments" that are bad for democracy.

The report documented the false starts and pitfalls that came with rushing out new and untested technology, focusing mainly on European countries.

In the early days of an initial 2020 lockdown, Belgian police planned to use drones to monitor social distancing but dropped the idea after a backlash. There was also a move to use security cameras originally installed to fight serious crime and terrorism in an example of “function creep" — where technology is used for a different purpose than originally intended. That brought an expanded risk of a “surveillance society," the report said.

Contact tracing apps flourished. Most are based on technology jointly developed by Apple and Google and use Bluetooth signals to anonymously log any smartphones that have been in close, extended contact with a phone belonging to someone who has tested positive.

But uptake was spotty. For example, there's evidence the Cyprus government's tracing app “was not widely adopted," the report said.

The Dutch government's CoronaCheck vaccination status app was plagued with glitches. Because of the decentralized and privacy sensitive design, its QR code couldn't be revoked if a user tested positive, allowing continued access to places that required proof of vaccination or a negative test result. It was also possible to manipulate the app to get a fake test result, the report said.

The Dutch health ministry did not immediately respond to an email seeking comment.

An Estonian chatbot used on a number of public websites gave incorrect information about COVID-19. In one instance in October, it reported there was no vaccination available against the virus.

Poland's government developed an algorithm to verify the tax residence of entrepreneurs so they could qualify for pandemic financial assistance, but it came under fire for not disclosing details about the algorithm that could be used to assess its effectiveness.