Remotely controlled "stratospheric platforms" would fly about 12 miles above the ground. 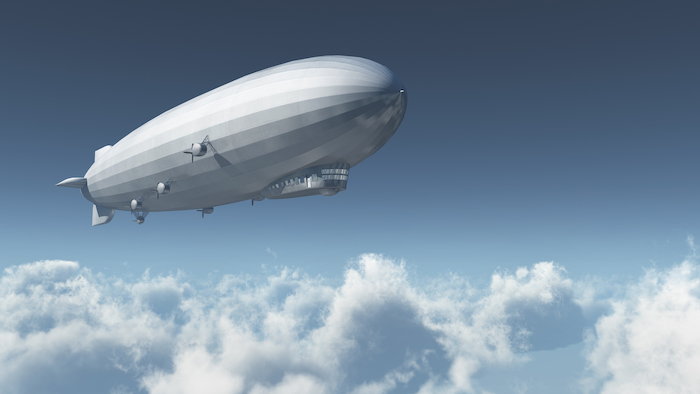 SANTA FE, N.M. (AP) — New Mexico is finalizing a $3.2 million contract to a dirigible manufacturer to study the viability of distributing high-speed internet from above the ground instead of underneath it, officials confirmed Tuesday.

Details of the contract to Sceye, pronounced “sky," are still in the works, says Economic Development Department spokesman Bruce Krasnow.

The company calls its silver, blimp-shaped, remotely controlled balloons “stratospheric platforms.” For the internet study, they'll be launched well below the stratosphere, around 12 miles (20 kilometers) above the ground.

Sceye founder Mikkel Vestergaard Frandsen — former CEO of the global public health company LifeStraw — said in a statement confirming the contract that the company will launch flights from Roswell, New Mexico. The company also has facilities in Moriarty.

The Economic Development Department award is one part of the state’s response to a thin internet infrastructure laid bare by the pandemic.

Over 20% of students were left without internet at home at the start of the pandemic as schools shut their doors, with some offline until at least December. While internet access has vastly improved for students in the past year, much of the expansion is due to temporary hot spots that connect to distant cell phone towers at slow speeds.

The Sceye study would test a cheaper solution that essentially suspends cellphone tower equipment up in the air. Cell phone towers can be obstructed by mountains, buildings, and even the curvature of the earth. But wireless signals travel easily through the air.

The state investment follows the national news of the abandonment of balloon-based internet efforts at Google’s parent company Alphabet in January, and the announcement this year from SpaceX that it will eventually expand satellite internet service to lower latitudes including New Mexico.

Last August, the department said it would commit $5 million in incentives for Sceye to move its operations to New Mexico, but the agreement was never finalized because of COVID-19, Krasnow said. The benchmarks included investing $50 million and creating 140 jobs.

Vestergaard did not respond to a request for comment on future investment and employment plans Tuesday.

Sceye Inc. is based in Moriarty, New Mexico, and is owned by Sceye S.A., a holding company in Switzerland.