“DCash” is meant to help speed transactions and serve people without bank accounts. 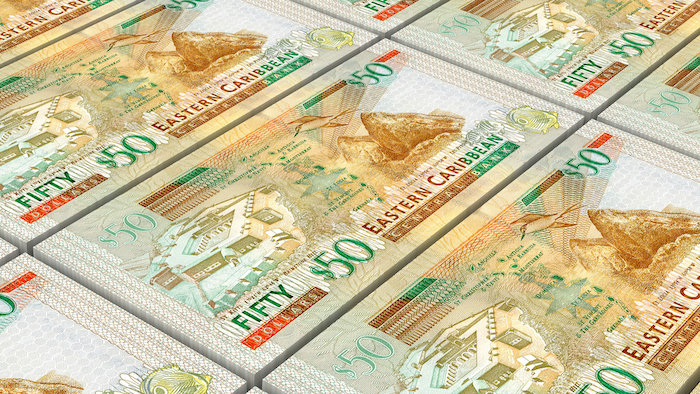 The Eastern Caribbean Central Bank said its “DCash” is the first such blockchain-based currency introduced by any of the world’s currency unions, though some individual nations have similar existing systems.

“(It) is a milestone in the history of monetary instruments,” said Bitt CEO Brian Popelka during a press conference broadcast online.

DCash was created by Barbados-based fintech company Bitt in partnership with the central bank. Unlike cryptocurrencies, it is issued by an official central bank and has a fixed value, tied to the existing Eastern Caribbean dollar used across much of the region.

The system allows users even without bank accounts — but with a smartphone — to use a downloaded app and make payments via a QR code. Those without bank accounts would go to a previously approved agent or nonbanking financial institution who would verify a person’s information and then approve a “DCash” wallet. That person would then go to a supermarket or other store and give the cashier physical cash which would then be deposited as digital currency in their wallet, Bitt spokesman Chris Burnett told The Associated Press.

In addition, there are limits on the amount of money people can send via DCash, there are no plans for now of integrating credit cards and interest does not apply to the digital currency.

While many in the Eastern Caribbean cheered the historic move, some experts worry that digital currency issued by smaller countries could end up being used as a conduit for illicit activities, including terrorism financing and money laundering, said Eswar Prasad, a trade policy professor at Cornell University.

“That skepticism is waning as more central banks get into the act, and as central banks around the world face the inevitability of the declining use of physical cash,” he said.

He noted that the Bahamas last year became the first country to roll out its digital currency nationwide, and that the Marshall Islands is considering its own cryptocurrency. For smaller countries, “there is more at stake” in part because many people remain unbanked, he said.

“That’s why I think small countries are being more aggressive about this, simply because they need to,” Prasad said.

Officials said that by September at the latest, the digital currency will be available in Anguilla, Dominica, Montserrat and St. Vincent and the Grenadines, which form part of the eight island economies under the Eastern Caribbean Central Bank.

The project aims to see a 50% reduction in the use of physical cash by 2025, said Sharmyn Powell, chairperson of the bank’s fintech working group.

“Payments are still too slow and too expensive,” Antoine said of the current system. “We heard you, and we have delivered.”

Antoine said it is harder to steal digital cash and said it's a safe way to make payments while avoiding contact during the pandemic.

The project comes more than two months after the European Central Bank, the Bank of Japan, the Bank of Canada, the Bank of England, the Swedish Riksbank and the Swiss National Bank created a group to study whether they should issue digital currencies.

The Swedish central bank already has commissioned a pilot program. Meanwhile, China rolled out a digital currency in four cities in April 2020 as part of a pilot program that has since expanded to more than two dozen cities.

However, Lee Reiners, a fintech law and policy professor at Duke University, said it remains to be seen whether central bank digital currency is the future.

“I approach it with a sense of skepticism because this technology has been around for over 10 years now but has not taken off as a broad medium of exchange,” he said.