Tech to Monitor Bridge as Lanes Open to Traffic

Engineers plan to open the breakdown lanes during congested periods. 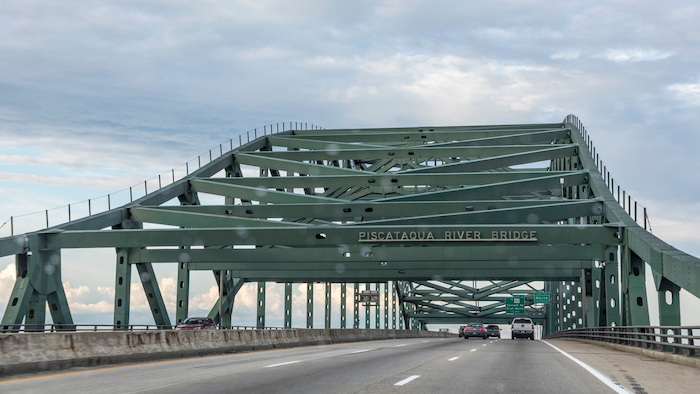 KITTERY, Maine (AP) — Maine and New Hampshire transportation departments are preparing to roll out the tech to keep travel moving during peak travel periods on the Interstate 95 bridge that connects the two states.

Workers will be finishing most of an overhaul of the Piscataqua River bridge by this fall and the technology upgrades begin after the work is completed, said Charles Blackman, intelligent transportation systems engineer for the New Hampshire Department of Transportation.

Additional cameras and sensors will be installed to detect traffic flow and slowdowns, and that information will be more important because engineers plan to open the breakdown lanes for travel during congested periods, Blackman said. The move would boost the traffic volume in each direction by more than 1,000 vehicles per hour.

“The more we know about how traffic flowing at any given moment, the faster we can react and quickly convey information to travelers to improve safety and mobility,” said Paul Merrill, spokesperson for the Maine Department of Transportation.

Opening the breakdown lanes to travel during peak travel times will be far less expensive than expanding the width of the bridge, officials said.

First, workers must complete the resurfacing and rehabilitation of the bridge that opened nearly five decades ago.

The rehab project, which will cost nearly $53 million, began in the spring of 2019 and there will be more lane closures this summer. The project is due to be nearly complete this fall with final repaving taking place in May 2022.

The bridge can currently accommodate 4,500 vehicles per hour in each direction with three lanes for each direction, Blackman said.

When the extra lane is in use, the highway will be able to easily accommodate about 5,500 vehicles in each direction, he said.

A tower is expected to be built to collect information from the sensors and relay it to transportation workers. The project is expected to cost about $8 million and it's expected to wrap up by May 2023, he said.

The project costs are being shared by the states of New Hampshire and Maine, and the Maine Turnpike Authority.