The technology will be added to Sonoma County's network of backcountry wildfire detection cameras. 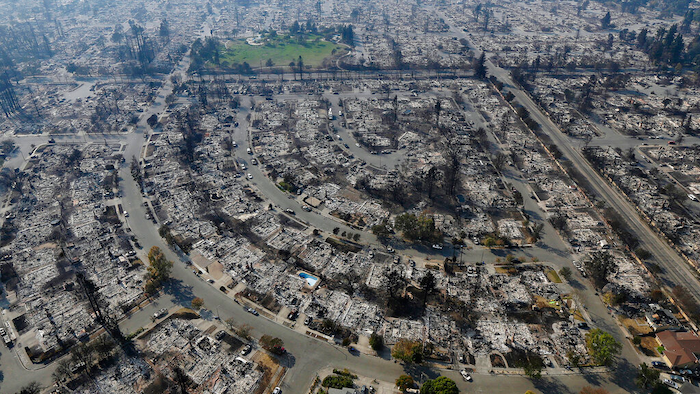 The technology will be added to the county's network of wildfire detection cameras that monitor California’s backcountry to spot the first outbreak of flames. Many of the cameras are affixed to existing radio communication towers.

“This early detection technology will provide emergency managers and first responders with round-the-clock monitoring, a sophisticated addition we are excited to add to our alert and warning toolkit,” Sonoma County Board of Supervisors Chair Lynda Hopkins said.

Sonoma County, in the heart of Northern California's wine country, has been hit hard by devastating wildfires in recent years. In 2017, a blaze caused thousands of people to flee, destroyed more than 5,000 homes, wiped out whole residential blocks in the city of Santa Rosa and killed 24 people.

The system will send a text or email to emergency crews when a possible fire is spotted, and the responding agency would then confirm whether a fire has started.

This month the county awarded a $300,000 contract to South Korea-based Alchera Inc., which specializes in visual AI algorithm development and deployment, officials said.

County officials say Alchera has been working on smoke and fire detection sensors since 2018 through the ALERTWildfire camera system, the existing network of 746 high-tech cameras.

Alchera has already collected more than 10 million images from wildfires that burned between 2013 and 2020 to develop, test and train the technology. So far, fire detection results have shown the technology has had 97% accuracy in detecting a fire, officials said.

The implementation and real-time monitoring of the AI technology will begin May 1. Officials said training and modifications will be taken through the summer until November, when the system will be able to direct alerts without human intervention. That would make the cameras active during the typical fire season.