The first bill would require platforms to give users a month’s notice before their accounts are disabled or suspended. 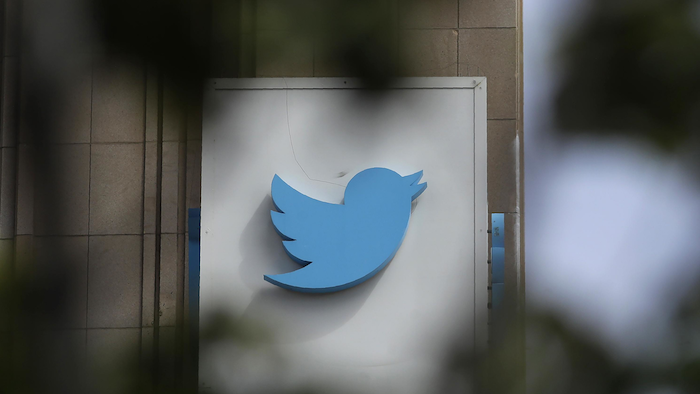 TALLAHASSEE, Fla. (AP) — Florida lawmakers plunged deeper Monday into the politically fraught task of attempting to regulate social media and other Big Tech companies, which some Republicans accuse of bias against conservatives.

The House Appropriations Committee advanced the first of a slate of bills, backed by Republican Gov. Ron DeSantis, that would force Facebook, Twitter and other social media platforms to give users a month’s notice before their accounts are disabled or suspended.

The bill was filed days after Twitter suspended the account of then-President Donald Trump after his supporters stormed the U.S. Capitol on Jan. 6. It would also punish the companies for “deplatforming” political candidates, including fines of up to $100,000 daily when a statewide office seeker is suspended from a social media site. Twitter booted Trump following the insurrection, after concluding that a “close review” of his tweets could lead to a “further incitement of violence.”

The proposal would allow consumers to sue if they can show they’ve been treated unfairly and would authorize the state attorney general to take on the country’s largest tech companies for anti-competitive practices.

“We've gotten to the point now that they've become so powerful,” said Rep. Blaise Ingoglia, a sponsor of the bill. “When you have a handful of companies that are so powerful that they sort of dictate what can or cannot be seen or heard in order to make informed choices, I think that's problematic.”

About 4 in 5 Americans — 250 million people — have profiles on social media. Those with huge networks, including elected officials, celebrities and other public figures, have wide influence over their followers.

Social media companies have had to walk a fine line when they give users access to their services: They provide a platform for building online community and engagement, but have also cracked down on speech and groups they deem potentially harmful — especially after the Capitol insurrection.

How the companies exercise that discretion has come under attack from different political fronts, but especially by conservatives, who say their voices are being censored by social media companies.

The discussion Monday was mostly along partisan lines, with Republicans generally supporting and Democrats opposing the measure, but there were flashes of agreement from both sides about the powerful role social media sites now have in controlling speech in the public square known as the internet.

Some Democrats said there were good intentions behind the effort, but argued that the responsibility and authority to address the matter lies with lawmakers in Washington.

“I share some of your concerns about these Big Tech companies, and I do think we need to do something about them,” said state Rep. Joe Geller, a Democrat.

“Sometimes I've argued on some of our bills that we're talking about 'something that ain't broke, so don't fix it.' That's not the case here. This is broke,” Geller said. “I just don't think it's within our purview to fix it.”

Indeed, it's uncertain if the measures — if signed into law — would survive the scrutiny of courts because the federal Telecommunications Act of 1996 shields internet companies from many legal challenges.

Even state Senate President Wilton Simpson, who has said he believes conservatives are being singled out for online censorship, has suggested that the federal arena may be the proper venue for regulating tech companies.

State Rep. Randy Fine, a Republican, said the state has an obligation to move forward and not wait for the federal government to act. But he said Florida's effort to rein in Big Tech companies was too complex to rush.

“A bill this long and this complex has to be thought through and has to be considered for unintended consequences,” Fine told fellow lawmakers. “We have to make sure that in fixing it, we don't create an even bigger problem.”