The company provided the Maduro government with voting machines and software for this month’s vote. 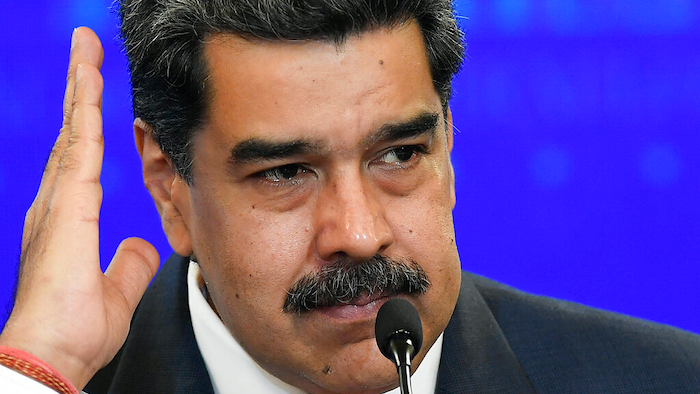 MIAMI (AP) — The Trump administration has imposed sanctions on an Argentine-owned technology company for helping Nicolás Maduro carry out recent legislative elections boycotted as fraudulent by the U.S.-backed opposition.

The Caracas-based Ex-Cle CA provided the Maduro government with voting machines as well as software for this month’s vote, according to a statement by the Treasury Department on Friday.

“Those who seek to undermine free and fair elections in Venezuela must be held accountable,” said Secretary of State Mike Pompeo. He added that Maduro's reliance on Ex-Cle as well as recently-sanctioned Chinese technology firm CEIEC “should leave no doubt that the December 6 legislative elections were fraudulent and do not reflect the will of the Venezuelan people.”

An email to Ex-Cle’s parent company in Buenos Aires was not immediately returned. Also sanctioned were two of the Venezuelan affiliate’s co-directors, including majority shareholder Guillermo San Agustin, a dual Argentine-Italian national.

Ex-Cle specializes in biometric ID systems used by clients including Coca-Cola, the government of Panama and several state banks and government agencies in Venezuela, according to the parent company’s website.

The ruling socialist party and its allies swept this month’s legislative elections, capturing around two-thirds of the National Assembly’s 277 seats in a vote marked by anemic turnout.

The opposition boycotted the election after the Maduro-stacked Supreme Court appointed a new election commission, including three members who have been sanctioned by the U.S. and Canada, without participation of the opposition-led congress, as the law requires.

The U.S. and several Latin American and European countries have condemned the results.