Huawei Selling Phone Brand in Face of US Sanctions

The sale aims to revive Honor by separating it from Huawei’s network equipment business. 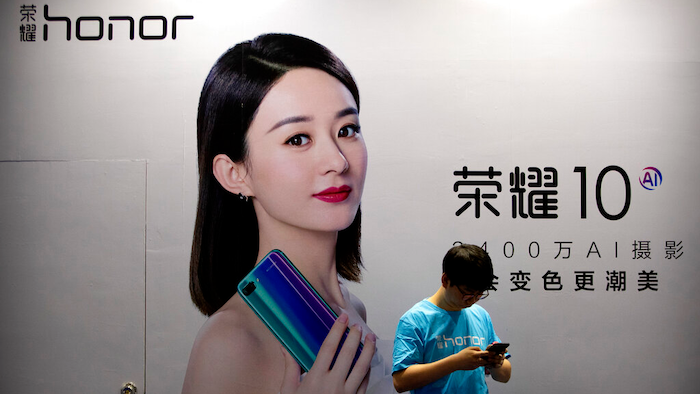 A staff member uses his smartphone in front of a billboard for Chinese smartphone brand Honor at the Global Mobile Internet Conference in Beijing, April 26, 2018.
AP Photo/Mark Schiefelbein

BEIJING (AP) — Chinese tech giant Huawei is selling its budget-price Honor smartphone brand in an effort to rescue the struggling business from damaging U.S. sanctions imposed on its parent company.

The sale announced Tuesday is aimed at reviving Honor by separating it from Huawei’s network equipment business, which Washington says is a security threat, an accusation Huawei denies. It is under sanctions that block access to most U.S. processor chips and other technology.

Huawei Technologies Ltd.’s announcement gave no financial details but said the company will have no ownership stake once the sale is completed. Huawei will retain its flagship Huawei smartphone brand.

The buyer is a state-owned company in Shenzhen, the southern city where Huawei is headquartered, and a group of Honor retailers. Earlier news reports on rumors of a possible sale put the price as high as 100 billion yuan ($15 billion).

“The move has been made by Honor’s industry chain to ensure its own survival,” said the Huawei statement. The buyers said in a separate statement the split was “the best solution” to protect customers and employees.

Huawei, China’s first global tech brand and the biggest maker of switching equipment used by phone and internet companies, is at the center of U.S.-Chinese tension over technology, security and spying. The feud has spread to include the popular Chinese-owned video app TikTok and messaging service WeChat.

Economists and political analysts expect little change in U.S. policy toward China under President-elect Joe Biden due to widespread frustration with Beijing over trade and technology.

Huawei appears to be preparing for hard times by focusing its resources on its high-end smartphones, said Nicole Peng of Canalys.

The sale is “definitely a sign of weakness,” said Nicole Peng of Canalys.

"It shows Huawei knows that the situation will not change immediately between China and the U.S.,” Peng said.

Tuesday’s announcements gave no indication how Honor planned to regain access to U.S. chips and other technology including Google’s popular music, maps and other services. Other Chinese smartphone brands such as Xiaomi, Oppo and Vivo operate without such restrictions.

“In theory, Honor would be like any other Chinese OEM (manufacturer),” said Kiranjeet Kaur of IDC in an email. However, he said Honor needs time to restore access to suppliers and set up its own research and development.

“The challenge remains how quickly it detaches itself from its dependence on Huawei and gets access to all the relevant tech,” said Kaur.

American officials say Huawei might facilitate Chinese spying, which the company denies. They also see Chinese government-supported technology development as a threat to U.S. industrial dominance. The Trump administration is lobbying European and other allies to exclude Huawei and other Chinese suppliers as they upgrade networks.

Meanwhile, Huawei’s chief financial officer, Meng Wanzhou, the daughter of company founder Ren Zhengfei, is under arrest in Canada and fighting extradition to the United States to face charges related to possible violations of trade sanctions on Iran.

Sanctions imposed last year block Huawei’s access to most U.S. processor chips and other technology. Those were tightened in May when the White House barred manufacturers worldwide from using U.S. technology to produce chips for Huawei, including those designed by its own engineers.

The buyer is Shenzhen Zhixin New Information Technology Co. It was founded by Shenzhen Smart City Technology Development Group Co., which was formed by the city government to develop information technology infrastructure.

The Smart City company owns 98.6% of Zhixin, according to Aiqicha, a financial information service of search engine Baidu, Inc. The buyers' statement said the rest of the 40-member investment group includes Honor retailers.

Honor, founded in 2013, is one of the world’s biggest-selling smartphone brands. Huawei says it ships 70 million handsets a year.

Total shipments of Huawei and Honor handsets fell 5% from a year earlier in the quarter ending in June to 55.8 million, according to Canalys. Sales in China rose 8% but shipments abroad fell 27%.

Huawei’s smartphone sales outside China have suffered because the company is barred from preinstalling Google services, which many customers expect. Huawei is allowed to use Google’s Android operating system because it is open source and involves no commercial transaction with the American company.

Huawei says it has removed U.S. components from its core products, but the president of its consumer unit, Richard Yu, warned in August the company was running out of chips for smartphones.

Honor might be able to line up suppliers before a new U.S. administration is formed, said Peng of Canalys. She said Honor is less likely to prompt security concerns because it will be smaller than Huawei and have no role in next-generation infrastructure.

“It's much less likely to become a target of the U.S. government,” she said.

For Big Tech, Biden Brings New Era But No Ease in Scrutiny 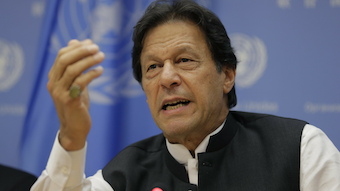 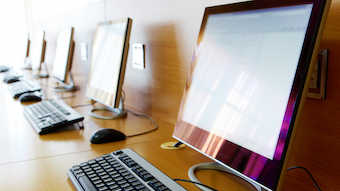 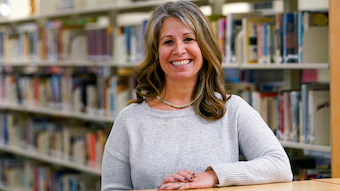 Jeremy Hammond is serving a 10-year sentence for breaking into the systems of security firms and law enforcement agencies.
Nov 19th, 2020 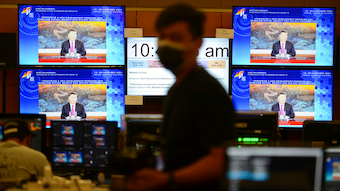 Xi Says China Won't Separate from US, Europe Despite Tension

The spat has prompted fears that world markets might split into smaller segments with incompatible industry standards.
Nov 19th, 2020 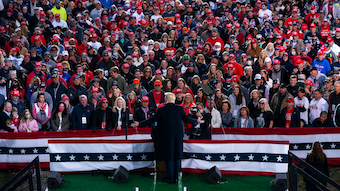 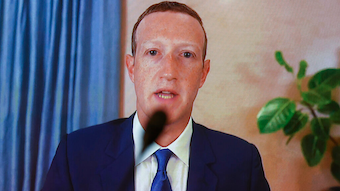 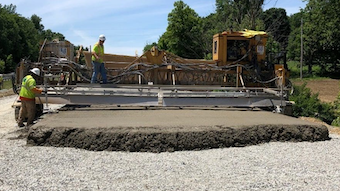