Michigan could become the 13th state to enshrine the policy in its constitution. 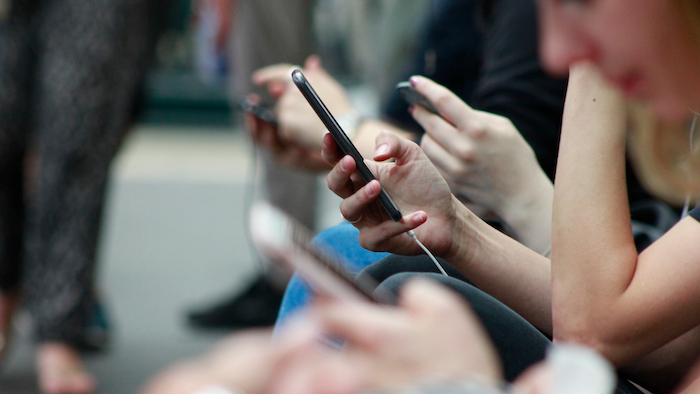 DETROIT (AP) — Michigan voters are being asked to amend the state constitution by requiring a search warrant before police examine a wireless phone or other electronic devices.

The U.S. Supreme Court in 2014 said warrants are necessary in an age when phones and computers are loaded with sensitive information. The proposed amendment would affirm that position by locking it in Michigan's chief legal document.

Michigan would join 12 states with similar provisions, according to the Citizens Research Council of Michigan.

“I personally will vote for it. It represents strong protections for electronic data,” said Bill Vailliencourt, the Livingston County prosecutor and past president of the Prosecuting Attorneys Association of Michigan.

“If the U.S. Supreme Court were ever to change its interpretation of the Fourth Amendment, this would provide separate protection,” he said.

The House and Senate unanimously voted to place the amendment on the Nov. 3 ballot. Sen. Jim Runestad, a Republican from Oakland County, had tried for years to put it in front of voters but couldn't get it through the Legislature until 2020.

He said he was partly inspired by the use of surveillance devices, known as StingRays or Hailstorms, that act like a cell tower and often connect to cellphones.

“There's not going to be any wiggle room — oh, well, we’ll worry about the warrant later. No, you better have a warrant or you’re going to be in trouble,” Runestad said.

Kevin Hayes of Grosse Pointe Park, who voted in favor, said he was puzzled when he saw the amendment on the ballot. He couldn't recall any publicity about why it had been proposed and did his own research.

High-tech devices weren't “thought of in the 1960s when the constitution was written. This shows we're willing to adapt to the changing times,” said Hayes, 37, who works in cybersecurity.

Supporters include the American Civil Liberties Union of Michigan.

“While the U.S. Supreme Court has made some good decisions in recent years on this, we don’t know what technology is in the pipeline,” said Merissa Kovach, an ACLU policy strategist. “We don't want to play whack-a-mole with our privacy rights when a new form of technology comes up.”

Citizens Research Council sees benefits for the public and police.

The amendment “could save money for law enforcement agencies by relieving them of the burden of defending unlawful searches or electronic data seized without a warrant,” the group said in an analysis of the proposal.