The state alleges the companies overcharged government customers over more than a decade. 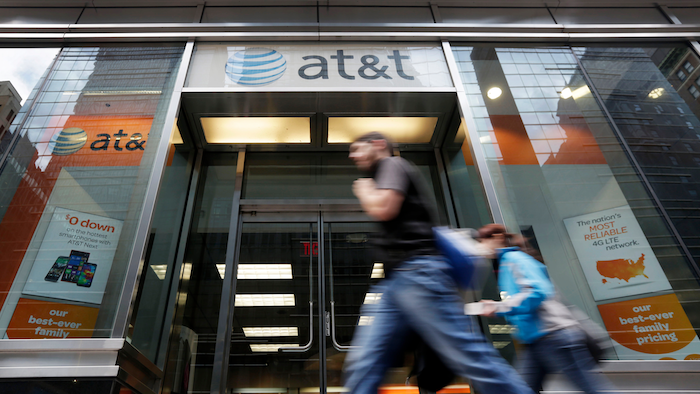 SACRAMENTO, Calif. (AP) — The nation's largest cellphone providers will pay a combined $116 million under a settlement approved Thursday in a California lawsuit alleging that they overcharged government customers for wireless services over more than a decade.

Verizon will pay $68 million and AT&T Mobility $48 million to settle claims that they violated cost-saving agreements included in wireless contracts with state and local governments. Sprint and T-Mobile previously agreed to pay a combined $9.6 million.

Attorneys who filed the suit said it is the second-largest California False Claims Act settlement outside of the health care industry.

The California Attorney General's Office decided not to sue after its own investigation of the government contracts in California and Nevada, said Verizon spokesman Rich Young, so a whistleblower sued in 2012 using a provision of the act that allows for such independent lawsuits on the state's behalf.

The suit says the companies failed to live up to their agreements to charge nearly 300 state and local governments the lowest available cost and tailor their dozens of frequently changing rate plans accordingly based on actual usage patterns.

The plaintiffs' attorneys said the largest users recovering money under the settlement are the state of California, the California State University and University of California systems, Los Angeles County, and Sacramento, San Diego, San Francisco, and Riverside city and county governments.

The whistleblower plaintiff, OnTheGo Wireless LLC, was formed by Jeffrey Smith after his firm used software applications to compare rate plans and concluded the companies did not offer the governments the lowest possible prices. His firm will get about 40% of the settlement, he and the attorneys said in a statement.

“It may be a rounding error to Verizon and AT&T, but this is real money to California’s schools, local governments and state agencies who spent years scraping through their budget to pay what we now know were over-inflated bills,” said Wayne Lamprey of the Constantine Cannon law firm, who filed the lawsuit and was lead counsel.