New technologies will spawn an entirely new set of questions in the sport. 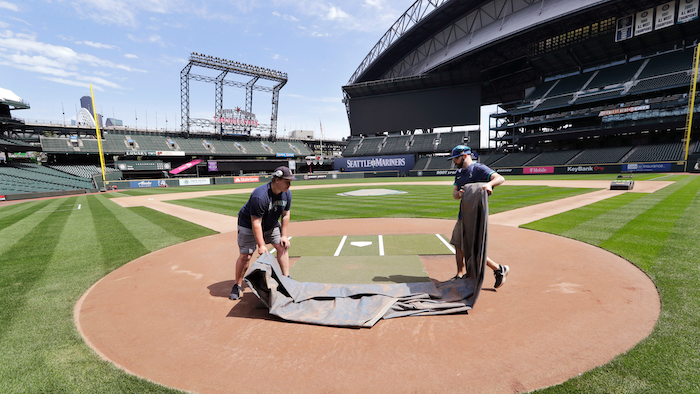 The Houston Astros’ use of cameras to steal signs and conceivably cheat to win the World Series has driven many recent conversations about the place and meaning of technology in sports. The Major League Baseball season is on hold due to the coronavirus pandemic, but this has only delayed the league addressing the controversy of using technology within the game.

New MLB-sponsored technologies, specifically those used to call balls and strikes, will spawn an entirely new set of questions about tech in baseball. These will only heighten the sport’s identity crisis.

Baseball is a game heavily rooted in its history, and beloved traditions can make it very hard to change any aspect of the game. The historical continuity of game play enables fans to compare player and team performances over time. But the desire to keep the game true to its roots, as well as the changes – albeit gradual ones – that have lengthened the game and made it more boring, potentially makes the game out of touch with the changing landscape of sports fans.

To reach a new fan base, MLB embraced visualization technologies to appeal to younger and more technologically savvy fans. MLB began to officially track ball trajectory, using the technological system PITCHf/x during the 2006 MLB playoff series, as a way for the public to participate in a more visceral and data-driven viewing experience.

MLB currently uses the Statcast system, which uses a combination of Doppler radar and optical tracking to follow the movements of the ball and player on the field. It provides an array of important data that can improve game play, including the angle and velocity of the ball coming off the bat when a player puts a ball in play.

Yet as consequential as these technologies are to the viewing and playing experience of the game, they only document the actions on the field. This is a critically important distinction because these systems do not intervene in, augment or change the way baseball is played.

As MLB works its way into the modern technological age, it is at the precipice of making an all-important leap into using technology to call balls and strikes. The case for using technology is to remove human fallibility from the equation.

In summer 2019, the Atlantic League of Professional Baseball, an independent league, experimented with the Trackman system. At the time, Trackman was the newest automated ball-strike technology available. The system works by using a 3D Doppler radar system to track and measure the flight of a baseball. Mapping this data onto the shape of a field, the location of home plate and the dimensions of each player’s strike zone enables the system to call balls and strikes.

MLB used the Atlantic League games, and MLB’s Arizona Fall League games later in the year, to assess and fine-tune the system for eventual use in major and minor league games. The system received mixed reviews for accuracy, speed in making calls and consistent reliability.

Nevertheless, MLB Commissioner Rob Manfred indicated that minor league baseball would use automated ball-strike technology in the 2020 season. MLB does not have a clear timeline of when it plans to introduce ABS technology into major league games. However, when MLB returns to play during the COVID-19 pandemic, robotic umpires might be one of many measures to manage social distancing.

At the moment, it doesn’t appear that these new “robo-umps” will fully replace the plate umpire. But, they clearly are on the way and will change what it means to umpire the game. Arguably, this will change the history, tradition and culture of baseball.

One of the enduring values of sports, and specifically baseball, is its nontechnoscientific simplicity. The game, at its core, is a decidedly throwback activity. One of the defining characteristics of baseball is the way that players and teams interpret the rules of the game.

Sign stealing is illegal within the written rules of the game. Players figuring out a way to know what pitch is being thrown, however, is a fundamental if unwritten part of the game. Yet, when the Astros used technology to enhance the art of sign stealing, players and fans reacted negatively to the team deploying too much technology within the game.

Similarly, the step to computer-assisted umpiring in a sport so defined by its history has the potential to change the game and precipitate a crisis of identity. These types of decision aids come between the players and the umpires. This redefines the way the game is played because throughout baseball’s history the differences in how each plate umpire calls balls and strikes affect how players prepare for and react to each pitch.

The push to automate calling balls and strikes is driven by the occasional poor performances by plate umpires in consequential games. But, it’s still far from clear whether technological decision aids will increase the accuracy of calling the game. The English Premier League’s use of a Video Assistant Referee in soccer matches has shown that adding technology to ostensibly make better in-game decisions can raise questions about how precise decisions need to be. Video technology is also used in professional tennis, but only when players request a review of an official’s call.

The strike zone: I know it when I see it

Questions about precision will almost certainly arise when these tools move from the test cases of the Atlantic League and the MLB pre-season to regular-season MLB games. The biggest issues will center on the specifics of the strike zone.

MLB defines the strike zone as “that area over home plate the upper limit of which is a horizontal line at the midpoint between the top of the shoulders and the top of the uniform pants, and the lower level is a line at the bottom of the knees. The Strike Zone shall be determined from the batter’s stance as the batter is prepared to swing at a pitched ball.”

This seems simple enough, but MLB has not defined these variables – a shortcoming that stands out in a world where it’s possible to digitally home in on millimeters of difference. Where exactly is the bottom of each player’s knee? Where exactly is the top of the shoulder? Most importantly, when, specifically, is the moment that the batter prepares to swing at the ball?

If MLB is going to move away from plate umpires possessing the interpretive flexibility to determine what a ball and a strike is over the period of a game or season, to a system of digitally determined accuracy, then the league needs to do the necessary hard work of spelling out, in exacting detail, where the strike zone is and when it becomes the strike zone.

First, MLB should determine if baseball’s fans really want machines to call balls and strikes. Most importantly, MLB needs to look deep inside its soul and address the larger cultural question: Should the calling of balls and strikes be more a science than an art?