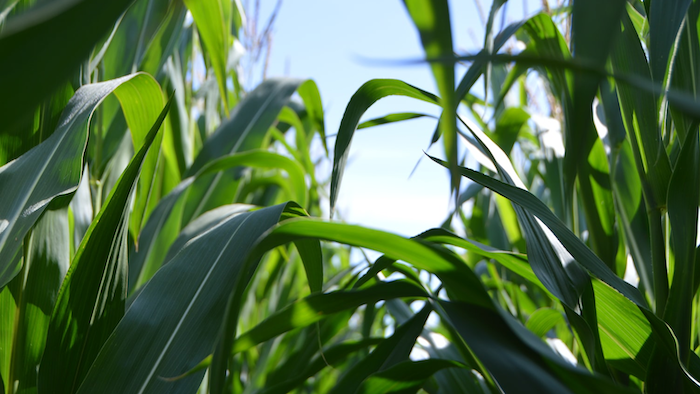 To control flowering and fruit ripening, plants release the gaseous hormone ethylene. Environmental conditions, including drought, salinity and pathogens, can also cause levels of the hormone to fluctuate. Therefore, monitoring ethylene's release in real time could provide a farmer with important information about a plant's development and health. Now, researchers reporting in ACS Central Science have developed an easy-to-use, robust sensor that can do just that.

Because of the key role ethylene plays in plant health, the agricultural industry is interested in monitoring the hormone. Early detection of changes in the release of this gas could allow farmers to take preventative actions that restore plant health, reducing crop losses. However, existing sensors have limitations that make them impractical for use in the field. Timothy Swager, Darryl Fong and colleagues at the Massachusetts Institute of Technology wanted to make a sensor that could sensitively detect changes in ethylene levels.

The new sensor contains a network of single-walled carbon nanotubes (SWCNTs) on a piece of glass, sandwiched between gold electrodes. The researchers placed a catalytic mixture containing palladium on top of the SWCNTs. In a chemical reaction known as Wacker oxidation, the palladium catalyst converted ethylene gas to acetaldehyde. During this reaction, palladium changed its oxidation state and interactions with the SWCNTs, altering their electrical conductance. In this way, the researchers could monitor changes in ethylene gas levels over time. To demonstrate the sensor, the team placed carnations or lisianthus flowers in a chamber with the device and observed fluctuations in ethylene production as the flowers bloomed and faded. The device can detect parts-per-billion concentrations of the gas within the chamber, and with this sensitivity it could potentially be used to monitor plants in the field, the researchers say.