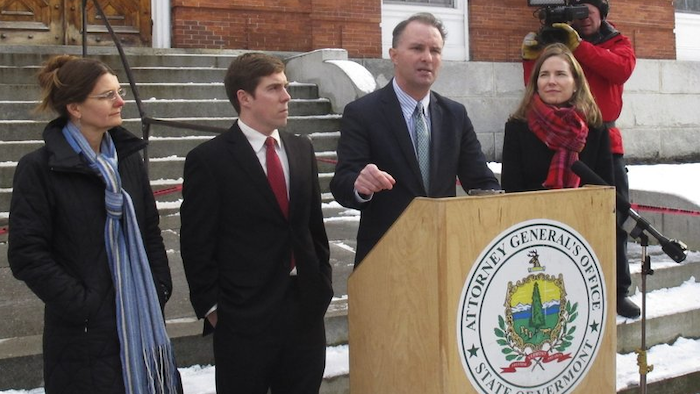 MONTPELIER, Vt. (AP) — The state of Vermont is suing a data broker that it says uses facial recognition technology to map the faces of Vermonters, including children, and then sells access to the data to private businesses, individuals and law enforcement.

New York-based Clearview AI has drawn attention following investigative reports about its practice of harvesting billions of photos from social media and other services to identify people. Facebook, YouTube, Twitter and other companies in February demanded that Clearview stop harvesting their users’ images.

“I am disturbed by this practice, particularly the practice of collecting and selling children's facial recognition data,” Donovan said in a written statement. “This practice is unscrupulous, unethical, and contrary to public policy."

The state also asked the court to order Clearview to stop collecting or storing Vermonters' photos and facial recognition data.

Tor Ekeland, an attorney for Clearview AI, said in an email that the tool helps law enforcement catch child rapists, murderers, and thieves while protecting the innocent from being falsely accused.

“Clearview operates in strict accordance with the U.S. Constitution and American law," he wrote, adding that the firm welcomes the chance to work collaboratively with the state outside of the courtroom “to further refine our proven, crime-solving technology for the benefit of all.

“However, we are ready to defend our, and the public’s, Constitutional right to access freely available public information.”