The material can mimic electrical devices by triggering different responses to sound. 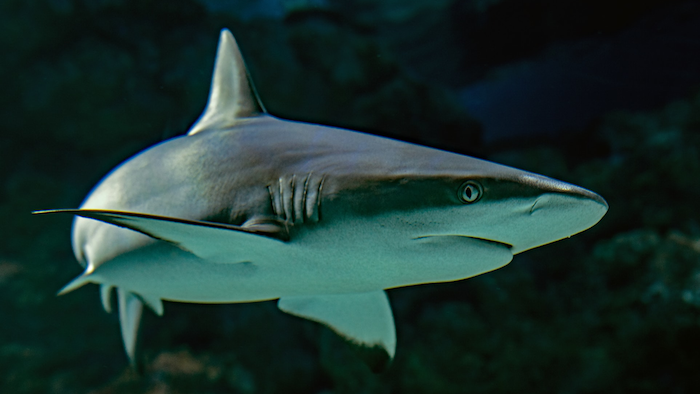 From the headphones we use to listen to our favorite songs or podcasts, to sonic camouflage employed by submarines, how we transmit and experience sound is an essential part of how we engage with our surrounding world. Acoustic metamaterials are materials designed to control, direct and manipulate soundwaves as they pass through different mediums. As such, they can be designed and inserted into a structure to dampen or transmit sound.

The problem is, traditional acoustic metamaterials have complex geometries. Often made of metal or hard plastic, once they are created, they cannot be changed. Take for example, an acoustic device constructed to dampen outgoing sound in a submarine, so that it can achieve stealthiness. If a different condition arose, for instance an ally the submarine wanted to communicate with passes by, the same acoustic device would not allow for sound to be transmitted externally.

A team of USC researchers, led by Qiming Wang, assistant professor in the Sonny Astani Department of Civil and Environmental Engineering, created a new smart material that accommodates shifts in acoustic transmission on demand. "With traditional acoustic metamaterials, you create one structure and you achieve one property. With this new smart material, we can achieve multiple properties with just one structure," Wang said. In studying this new material, Wang and his team discovered that their smart material had the capability of re-creating properties intrinsic to electronic devices such as switches, thus showing promise of smart sound transmission — a sound "computer."

Wang and his team, including USC Viterbi Ph.D. candidates Kyung Hoon Lee, Kunhao Yu, An Xin and Zhangzhengrong Feng, and postdoctoral scholar Hasan Al Ba'ba'a, detailed their findings in their paper "Sharkskin-Inspired Magnetoactive Reconfigurable Acoustic Metamaterials," recently published in Research. Inspired by the dual properties created by the dermal denticles on the surface of a shark's skin, the team created a new acoustic metamaterial that contains magneto-sensitive nanoparticles that will bend under the force of magnetic stimuli. This magnetic force can change the structure remotely and on-demand, accommodating different transmission conditions.

The acoustic metamaterial created by the researchers is made of rubber and a mix of iron nanoparticles. The rubber offers flexibility, allowing the materials to bend and flex reversibly and repeatedly, while the iron makes the material responsive to the magnetic field.

To make the structures responsive to acoustic inputs, Wang and his team had to assemble the materials such that the resonance between them--Mie resonance--allowed for changes in acoustic transmission--either blocking or conducting an acoustic input. If the pillars are closer together, the acoustic wave will be effectivelytrapped and prevented from propagating through to the other side of the structure. Conversely, if the pillars are further apart, the acoustic wave will easily pass through. "We use the external magnetic field to bend the pillar and unbend the pillar to achieve this sort of state switching," the leading author Lee said. The result is a shift from a position that blocks acoustic transmission to one that effectively conducts the acoustic waves. Unlike traditional acoustic metamaterials, no direct contact or pressure is required to change the architecture of the materials.

Wang and his team were able to demonstrate how their smart material could mimic three key electronic devices: a switch, a logic gate, and a diode. The interaction of the magneto-sensitive materials with the magnetic field manipulate acoustic transmission in such a way as to create functions like an electrical circuit.

To understand this better, let's look at how each of these three electronic devices works.

A switch allows for a channel to be turned on and off, for example, in noise-canceling headphones. In this example, using a structure built of the smart acoustic metamaterial, you can tune the magnetic field so that the Mie resonator pillars bend and allow for external noise to pass through. In another instance, you can turn off the magnetic field and the pillars will stay vertical, blocking external noise from passing through, Wang said.

A logic gate builds on this idea, by triggering decision making based on stimuli incoming to different input channels. In the case of a submarine, perhaps you want the acoustic device to modulate multiple conditions, instead of a singular one: attack when it receives one weak signal and one strong signal, but flee when it receives two strong signals. In order to allow for multiple scenarios to be a part of decision-making, you would traditionally need multiple devices, each architected for a different scenario. An AND gate operator describes an acoustic device that would trigger a certain response only when the input channels are both strong. An OR gate operator describes an acoustic device that would trigger a certain decision when either of the two signals is strong. With traditional acoustic metamaterials, you can only create one operator and thus respond to only one condition. With the new smart acoustic metamaterial developed by the researchers, Wang says you can switch from an AND gate to an OR gate operator on demand. In the case of the submarine, that means using the magnetic field, you could change the conditions for which an attack command is triggered without building a new acoustic device.

Finally, there is a diode. A diode is a device in which acoustic intensity is high in one direction and low in another, thus it offers one-way transportation of the acoustic wave. Traditional acoustic metamaterials will allow you to do this, but again, you cannot change states. Using the new smart acoustic metamaterial, you can change from a diode state to a conductor state, which allows transmission in both directions, instead of just one direction. This comes into play in the example of sonic camouflage in the submarine, where sometimes you will want the acoustic device to allow for sound to travel in only one direction and other times, you want it to be transmittable in both directions.

"Such a change has never been achieved by traditional acoustic metamaterials," Wang said.

Right now, Wang and his team have been testing their material in air. Next, they hope to test the same properties under water, to see if they can achieve the same characteristics at an ultrasound range.

"Rubber is hydrophobic, so the structure won't change, but we need to test if the materials will still have tunability under an external magnetic field," Wang said, noting the water will have more resistance and thus add more friction to the situation.