The U.S. warned that using “untrusted” technology would jeopardize its ability to share top-level information. 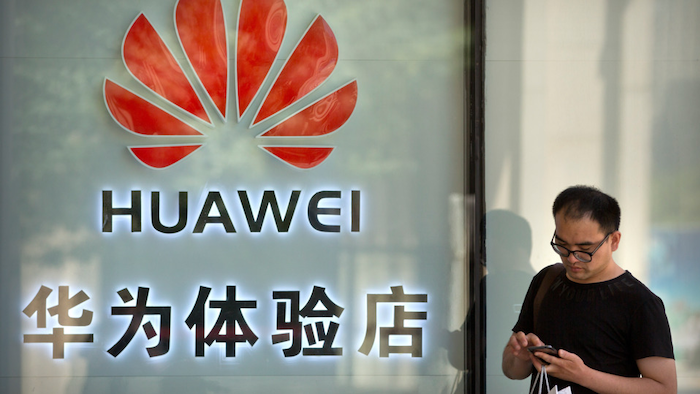 A man uses his smartphone outside of a shop selling Huawei products at a shopping mall in Beijing, May 29, 2019.
AP Photo/Mark Schiefelbein, File

MADRID (AP) — The top U.S. diplomat for cybersecurity policy says he welcomes European Union moves toward recognizing the risks at stake in 5G technology, but warned that the U.S. will not be able to share top-level information with countries that choose “untrusted” vendors, such as China’s Huawei.

Robert Strayer, Deputy Assistant Secretary for Cyber and International Communications and Information Policy at the U.S. State Department told journalists in Madrid that a new EU “5G toolbox” recognized security risks in 5G technology and that vendors must be trustworthy.

“There is a recognition that did not exist a year and a half ago in the European Union and elsewhere that there are serious supply chain risks to 5G technology, that there are such things as high-risk vendors that operate in countries that do not have democratic checks and balances and that those types of countries present serious risk to our 5G networks” in their entirety, the official said.

Strayer was in Spain as part of a European tour as President Donald Trump's administration puts pressure on allies to avoid Chinese tech firm Huawei in next-generation mobile networks. The U.S. fears China's communist leaders can use the company to tap into communications in equipment Huawei sells globally.

Strayer recognized that Spain and other countries would make up their own minds, but he reiterated recent U.S. warnings about the consequences of not following Washington’s lead.

“If countries adopt untrusted technology in their 5G networks, that will jeopardize our ability to share information at the highest level,” Strayer said.