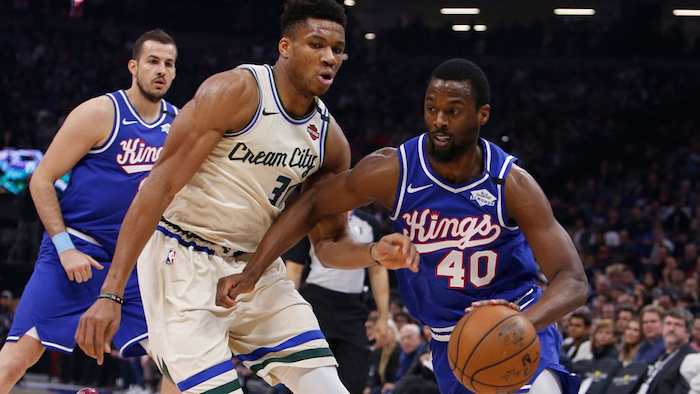 The Kings are planning to unveil an app next season where fans can tap into video streams and choose their own replays. Elements of what is called “volumetric video” technology have been available in some other NBA arenas, as well as some NFL and English Premier League stadiums, but the Kings want to be the first to put fans in control of what they want to see again and how they see it.

“We have great fans, but they deserve better,” Kings owner Vivek Ranadive said. “We think that the technology is moving so fast that we just need to keep shifting the goalpost so we can keep doing better.”

Sacramento’s Golden 1 Center was built with emerging technology in mind, and Ranadive said the speed in which fans can see the replays on their phones — estimated to be about a minute — is of the utmost importance. As has been the case in other arenas, 38 video cameras will be installed before next season in Sacramento, wired into a control room where two people will process the various angles such as overhead, 360-degree and from a player perspective.

“What we’re focusing on is finding ways to bring fans closer to the game,” said James Carwana, the general manager of Intel Sports.