NSO Group's surveillance software has allegedly been used to target journalists and dissidents around the world. 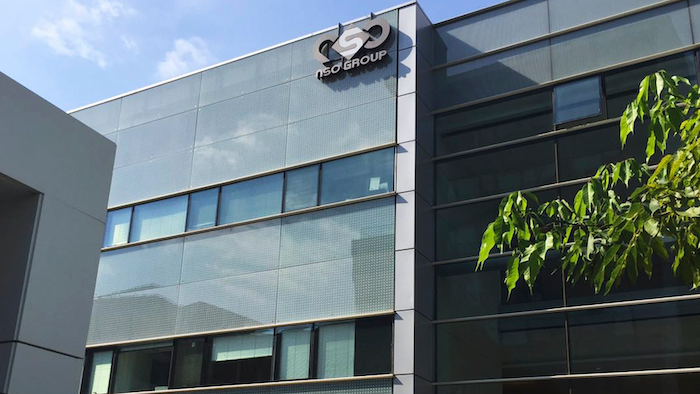 This Aug. 25, 2016, file photo shows the logo of the NSO Group on a building in Herzliya, Israel.
AP Photo/Daniella Cheslow, File

TEL AVIV, Israel (AP) — An Israeli court heard a case Thursday calling for restrictions to be slapped on NSO Group, an Israeli company that makes surveillance software that is said to have been used to target journalists and dissidents around the world.

The case, brought by Amnesty International, calls for Israel to revoke the spyware firm’s export license, preventing it from selling its contentious product abroad, particularly to regimes that could use it for malicious purposes.

“They are the most dangerous cyber weapon that we know of and they’re not being properly overseen,” said Gil Naveh, spokesman for Amnesty International Israel. “That is the reason why we think that their license should be revoked.”

NSO is implicated in a series of digital break-in attempts and the court case is the latest pushback against the company and its product. Last year, Facebook sued the hacker-for-hire company in U.S. federal court for allegedly targeting some 1,400 users of its encrypted messaging service WhatsApp with highly sophisticated spyware.

In 2018, Amnesty said one of its employees had been targeted with the malware, saying a hacker tried to break into the staff member’s smartphone, using a WhatsApp message about a protest in front of the Saudi Embassy in Washington as bait.

The spyware has also been implicated in the gruesome killing of Saudi journalist Jamal Khashoggi, who was dismembered in the Saudi consulate in Istanbul in 2018. It is also said to be behind a campaign to compromise proponents of a soda tax in Mexico and an effort to hack into the phone of an Arab dissident that prompted an update to Apple’s operating system.

An Associated Press investigation last year found that critics of NSO were targeted in elaborate undercover operations in which operatives tried to discredit them. NSO has denied involvement.

NSO does not disclose the identities of its clients, but they are believed to include Middle Eastern and Latin American states. The company says it sells its technology to Israeli-approved governments to help them stop militants and criminals. The company said it would not comment on the case because it revolves around a demand directed at Israel's defense ministry, but last year NSO announced that it had adopted "a new human rights policy" to ensure its software is not misused.

Reflecting the interest in the case’s outcome, the Tel Aviv courtroom on Thursday was packed, with many attendees forced to stand until the hearing was moved to a larger space. As with previous cases involving defense exports, judge Rachel Barkai ruled that the legal proceedings would be closed to media and she imposed a gag order on the case.

“There is a tangible concern that if the hearing is open it will cause harm to the state's security and to its foreign relations,” she said, before journalists were ushered out of the courtroom.

Thursday’s hearing is expected to be the only one in the case, Naveh said, and a decision is set to be handed down in the coming days.