Robots Out of Work as Automated Businesses Close

It's been a tough week for robots in the Bay Area. 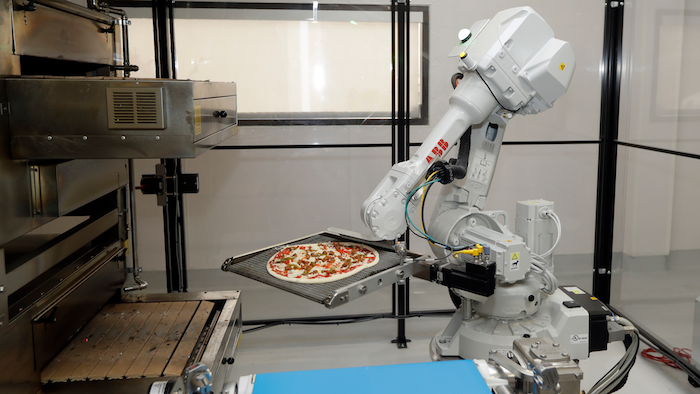 In this Aug. 29, 2016, file photo, a robot places a pizza into an oven at Zume Pizza in Mountain View, Calif.
AP Photo/Marcio Jose Sanchez, File

SAN FRANCISCO (AP) — It has been a bad week for robots in the San Francisco Bay Area.

Zume Pizza said it is cutting 172 jobs in Mountain View and eliminating another 80 jobs at its facility in San Francisco. Zume Chief Executive Alex Garden made the announcement in an email to employees Wednesday, the Mercury News in San Jose reported.

The Mountain View startup, which first began delivering pizzas in 2016, said it intends to focus on its food packaging and delivery systems. Garden said former employees will be able to apply for the 100 new positions Zume expects to have in its packaging business.

When Cafe X launched in 2017, its robotic baristas joined robots that made smoothies and hamburgers or mixed and dispensed salads and quinoa bowls.

Cafe X will continue to have competition in the automated coffee market. Briggo Coffee Haus has a robotic barista that can make 100 drinks per hour at San Francisco airport's Terminal 3, the Chronicle reported.

Robotics have boomed in warehouses to speed up productivity and bring down costs and increasingly have moved into industries like food service.

In the Bay Area, the popularity of robots stems in part from the region’s infatuation with technology, food and automation.