The state is suing the company over its repeated refusal to turn over documents and answer questions. 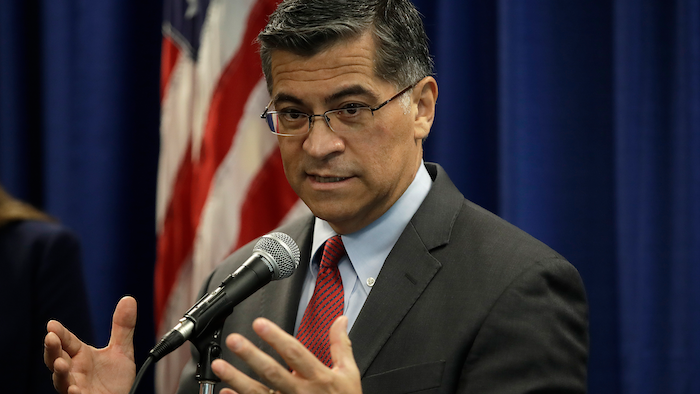 California's attorney general disclosed an ongoing probe into Facebook's privacy practices Wednesday, as it sued the company over its repeated refusal to turn over documents and answer questions.

California Attorney General Xavier Becerra said his probe has been going on for more than a year. He said he was disclosing it now because his office was making a public court filing to force the company to comply with subpoenas and requests for information.

"Facebook is not just continuing to drag its feet in response to the Attorney General's investigation, it is failing to comply," the lawsuit said.

The lawsuit was filed in state Superior Court in San Francisco.

The California probe, one of many legal and regulatory inquiries into Facebook, began as a response to the Cambridge Analytica scandal and grew into an investigation into whether Facebook misrepresented its privacy practices, deceived users and broke California law.

Cambridge Analytica, a data mining firm, gathered details on as many as 87 million Facebook users without their permission. The Federal Trade Commission fined Facebook $5 billion this summer for privacy violations in an investigation that also grew out of that scandal. California officials say questions have been raised about what Facebook knew and why it didn't prevent third parties such as Cambridge Analytica from misusing user data.

Becerra's office said it requested additional information after Facebook took a year to respond to an initial subpoena.

Investigators sought communications among executives on developers' access to user data, the relationship between ad spending and access to data and the introduction of new privacy features and privacy-related news stories. Officials also sought information on the effects of privacy settings on third-party access to data and Facebook's enforcement of policies.

The District of Columbia and Massachusetts have also gone after Facebook on privacy. The Massachusetts attorney general's office is set to argue in a state court Thursday why Facebook should be compelled to stop resisting and turn over documents for its investigation.

Facebook's various legal troubles have yet to make a significant financial dent on the company. Even the FTC's $5 billion fine, the largest ever for a tech company, came to just under one-tenth of Facebook's revenue last year. The penalty was criticized by consumer advocates and a number of public officials as being too lenient.