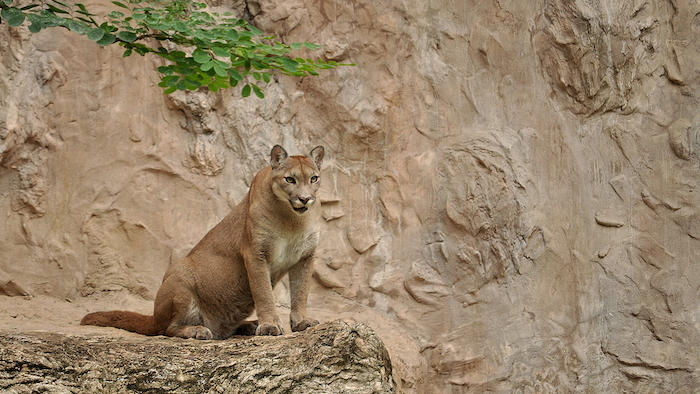 The big cat is secretive, has a broad range of movement, and often doesn't live close to its kind.

The state believes the most abundant population lives in a 6,000 square-mile (15,540 square-kilometer) stretch that extends from Albuquerque to the east of Santa Fe and north of Abiquiú.

"Quite often, people think because they haven't seen the hard evidence, they're not there," according to Nick Forman, the carnivore and small mammal program manager at the Department of Game and Fish. "But with a lot of these animals, they're out there, and you just wouldn't even know how close they are."

The state is touting a recent model spearheaded by former Game and Fish Carnivore Program Manager Sean Murphy, which it says has offered more dependable numbers on cougars.

Murphy said a 2017 study involved capturing 16 cougars and attaching GPS collaring devices, and each animal was identified by sex. The state then put cameras in the study area to take pictures, which also allowed data to be collected on cougars that hadn't been collared.

The data was put through a mathematical model called "spatial mark-resight." The model used information about the times and geographic locations of sightings — collared and uncollared — by the cameras over four months to estimate population density, size, sex ratio, and home range areas. It estimated 129 cougars in that area.

Murphy said the results were "among the most precise estimates of mountain lion density and abundance that have ever been produced for any mountain lion population anywhere in North or South America."

Officials say having an accurate count informs the Department of Game and Fish's quota on hunting and trapping of cougars. The department's quota is 17% of the population.

Around 4,353 cougars live in New Mexico, according to the state.

The 2019 quota is 740, according to state rules. In the past year, 409 cougars were killed. The new proposed quota for the next five years is a decrease to 580.

Rules for hunting and fishing are reviewed every four years and are required to go through a process of public input and approval by the State Game Commission. It will decide on the new rule, with the smaller quota, at a meeting Nov. 21. If approved, the rule would go into effect next April.