The head of the OECD said countries still hope for a "multilateral solution" to fairly tax tech giants. 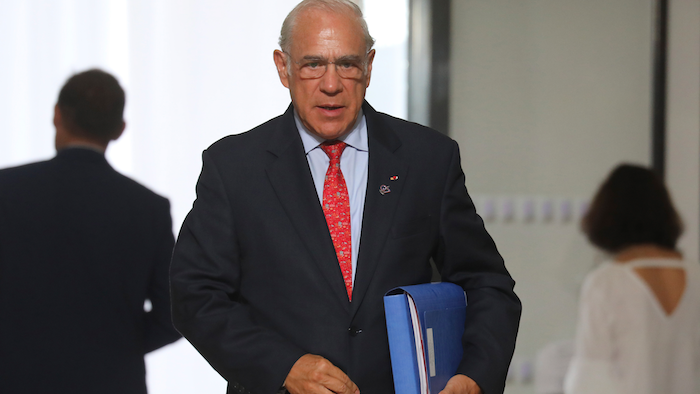 BIARRITZ, France (AP) — A global attempt by more than 120 countries to find a way to more fairly tax global internet giants is moving ahead despite individual countries' deciding to impose their own tax, says the head of the international organization leading the project.

Angel Gurria, secretary general of the Paris-based Organization for Economic Cooperation and Development, said Sunday at the Group of Seven summit in France that "what we are seeing is a very strong and a very clear signal of wanting to find a multilateral solution."

France introduced a 3% tax last month on digital companies that may be headquartered elsewhere but do billions in digital business such as advertising and retail in France. That includes companies like Google, Amazon and Facebook but also big Chinese and French online businesses too.

The move has angered U.S. President Donald Trump, who is threatening tariffs on French wine in retaliation.

The aim of the French tax is to stop the companies from setting up regional headquarters in low-tax jurisdictions to limit their exposure in high-tax countries like France. The French government says it will drop the tax if there's a solution in the OECD process, which aims for a result by the end of 2020. France and other countries that have moved toward a tax on digital companies have said they would "sunset" their measures, meaning they would drop them if the OECD talks lead to a result.

Under the OECD framework countries are working on a better way to define where companies are taxes. There is also a parallel effort to make sure that multinational corporations pay a minimum level of tax.

The 36-country OECD is a source of economic data and brings together member and partner countries to work together on key global issues.