The All England Club already used technology to pick the best shots from hours of footage. 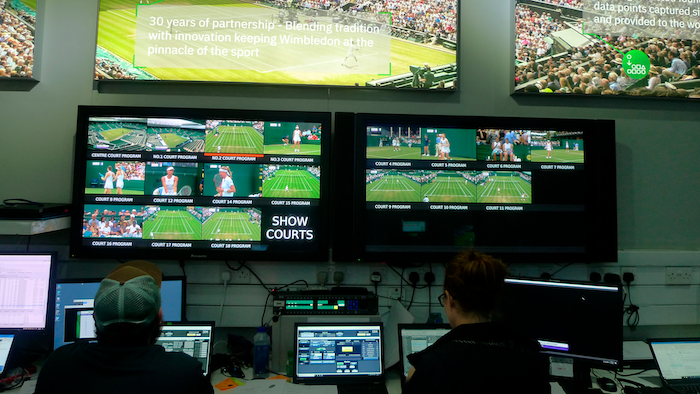 The All England Club, which hosts the famed British tennis event, is adding technology enhancements at this year's tournament aimed at eliminating bias from computer generated video highlights.

The club has already been using AI to go through hours of footage and automatically pick out the best shots from matches played on its 18 courts. The AI chooses the moments based on criteria including whether a player does a fist pump and how much the audience cheers after a point. Fans can then watch the assembled videos online and players can use them to review their performance.

For this year's tournament, which runs until July 19, the AI has been tweaked to balance out any favoritism shown to a player who gestures more or has a louder fan base. The goal is to make sure an equally skilled yet more reserved opponent gets similar exposure.

"Just because you don't pump your fist doesn't mean it's not a good shot," said Sam Seddon, a client executive at IBM, the club's technology provider.

Tech bias has come into focus lately amid growing awareness that artificial intelligence systems aren't neutral tools but reflect society because they're programmed by humans. Other, more serious examples include facial recognition that misidentifies darker-skinned people and financial algorithms that charge higher interest rates to Latino and black borrowers. Some U.S. lawmakers are calling for tighter scrutiny that includes subjecting big companies to an "algorithmic accountability" test of their high-risk AI systems.

Seddon said IBM's Watson artificial intelligence system scans video footage and scores it on crowd cheering, player gestures and how important each point is, to give matches an "excitement ranking" to find the best clips.

Those scores are now adjusted to smooth out any bias because otherwise "you could potentially have a situation whereby not all of the best moments of a match are identified," Seddon said.