The plan follows similar pledges from China and other countries, but the Trump administration says it's up to Congress to appropriate money. 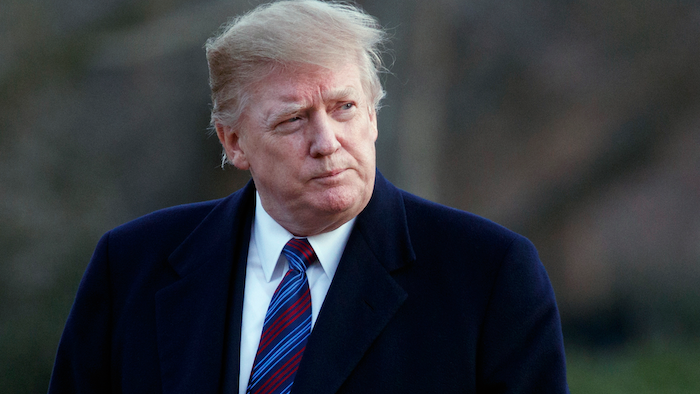 In this Friday, Feb. 8, 2019, file photo, President Donald Trump arrives on Marine One on the South Lawn of the White House in Washington.
AP Photo/Carolyn Kaster, File

The plan, called the American AI Initiative, follows big investment pledges from China and other countries intended to advance and apply AI technology in fields ranging from warfighting to health care.

The White House plan that Trump signed Monday doesn't include any funding details. The administration says it's up to Congress to appropriate money. That lack of specifics is troubling to AI experts such as Erik Brynjolfsson, a management professor at the Massachusetts Institute of Technology.

"The good news is America's research infrastructure in artificial intelligence is leading the world," Brynjolfsson said. "But other countries are making much more aggressive investments and rapidly closing the gap, especially China."

Tech leaders from industry and academia have pushed the Trump administration to develop a national AI strategy. The White House in December hosted a listening session with the CEOs of Google, Microsoft, IBM, Oracle and Qualcomm to field ideas for securing American dominance in AI and other fields such as quantum computing and faster wireless technology known as 5G. Trump made brief mention of technology in his January State of the Union address, pledging "investments in the cutting-edge industries of the future."

Kate Crawford, a co-director of New York University's AI Now Institute for studying the social implications of artificial intelligence, said the directive takes some steps in the right direction but is too light on details.

"AI policy isn't an autonomous vehicle," Crawford said. "You basically need a detailed plan or it's going to run off the road."

Crawford said she welcomed the Trump administration's intention to accelerate research and regulate AI across different industrial sectors. But she said the administration also must ensure that AI's potential ethical challenges are taken seriously.

AI-based technologies such as facial recognition can be used to enhance government surveillance, while studies have found that computers are susceptible to the same racial and gender biases as the humans whose data they learn from.

Brynjolfsson said it's important for U.S. policymakers to not only push the AI technology frontier, but also think hard about values and how the technology is implemented.

"China in many ways has very different values than we have in the West about things like surveillance, privacy, democracy, property rights," he said. "If we want Western values to thrive, we need to play a role in maintaining and even extending the technological strength we've long had."

Economists have also warned that AI advances could displace many U.S. workers in the coming years — something that Trump's plan doesn't do enough to address, said Bradford Newman, an attorney who is pushing for a new regulatory body to govern AI issues.

"We can figure out how to regulate and account for the downside risks now, or we can wait until it's too late and it's purely reactive and people are out of work," Newman said.