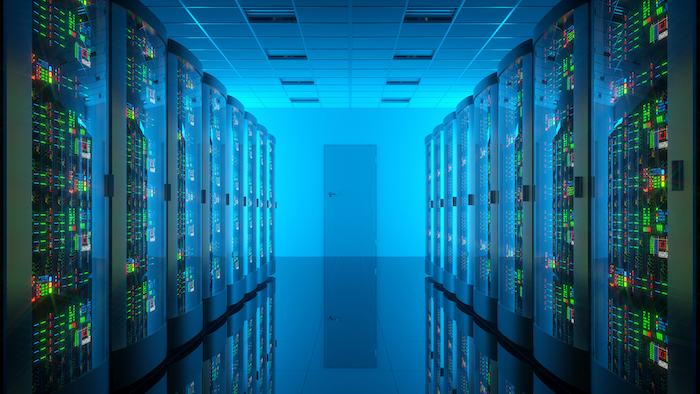 Parents have experienced how newborns grab their finger and hold tight. This almost instantaneous response is one of the sweetest involuntary movements that babies exhibit. The newborn’s nerves sense a touch, process the information and react without having to send a signal to the brain. Though in people this ability fades very early in life, the system that enables it offers a useful example for digital networks connecting sensors, processors and machinery to translate information into action.

My research on both the human nervous system and advanced telecommunications networks has found some striking parallels between the two, including the similarity between babies’ nervous systems and the rapid-response networks now being developed to handle always-on, always-connected networks of sensors, cameras and microphones throughout people’s homes, communities and workplaces.

A view of human neurology

The peripheral nervous system is distributed throughout the entire body, sensing inputs like pressure, heat and cold, and conveying that information through the spinal cord to the brain. This system also handles the responses from the brain, controlling voluntary movements, and does some local regulation of involuntary body functions like breathing, digestion and keeping the heart beating.

The spinal cord handles large numbers of sensory inputs and action responses passing back and forth between the brain and the body. It also handles involuntary muscular movements called reflex arcs, such as the knee jerk reflex when the doctor performs an examination or the rapid “pull away” of a hand when something hot is touched.

The brain, the center of most of the nervous system’s processing power, has several specialized regions in its right and left hemispheres. These areas take input from sensors such as the eyes, ears and skin, and return outputs in the form of thoughts, emotions, memories and movement. In many cases, these outputs are also used by other parts of the brain as inputs that enable refinement and learning.

In healthy people, these elements work together in extraordinary harmony by combining networks of cells that respond to specific chemicals, mechanical changes, light characteristics, temperature changes and pain through a process called sensory transduction. This complexity makes even one of the smallest components of the nervous system, the nerve fiber, or axon, a challenge to study.

Some of the nervous system’s interconnections, long thought to only be physical, may also be effectively wireless. The brain generates a highly specialized electric field at certain nerve fiber sites during the normal course of its operation. Measuring the characteristics of this field can offer indications that a brain is healthy, or that it may have certain neurological disorders.

The current generation of advanced telecommunications networks, known as 5G, is wireless, and has three similar categories of components.

The digital equivalent of the peripheral nervous system is the “internet of things.” It is a vast and growing network of devices, vehicles and home appliances that contain electronics, software and connectivity that let them connect with each other, interacting and exchanging data.

The technological equivalent of the brain is the “cloud,” an internet-connected group of powerful computers and processors that store, manage and process data. They often work together to handle complex tasks involving large amounts of input and processing, before delivering outputs back over the internet.

In between those two types of components is the spinal-cord equivalent, a new type of network called a “fog” – a play on the fact that it’s a thinly distributed cloud – set up to shorten network connections and the resulting processing delays between the cloud and remote devices. The processors and storage devices in the fog can handle tasks that require especially rapid reactions.

This offers opportunities to identify technological solutions to networking problems that could be adapted into medical treatments for neurological disorders that have no known cures.

Autism spectrum disorder, for example, is a serious developmental condition that impairs people’s ability to communicate and interact. It’s believed to occur as a result of an imbalance between two types of neural communications: People with autism spectrum disorder have too much activity in neurons that excite other neurons and too little activity in neurons that quiet other neurons down. This is like what happens when some links in a telecommunications networks get overloaded, while others are not busy at all. Software tools that manage large cloud and fog networks can even out demand and minimize telecommunication delays. These programs can also simulate – and suggest ways to reduce – the network imbalances in autism-related impairments.

Multiple sclerosis is an often disabling disease in which the body’s immune system eats away at nerve fibers’ protective coverings. This disrupts the flow of information within the brain, and between the brain and the body. Technologically, this is similar to outages at particular network connection points, which is regularly dealt with by sending messages by other routes that have working connections. Perhaps medical research can identify ways to reroute nerve messages through nearby links when some nerves aren’t working properly.

Using software and medicine together

Alzheimer’s disease is a type of dementia that causes problems with memory, thinking and behavior. In 2015, I presented work by my research lab on the discovery of new networks in the brain whose behavior indicated that Alzheimer’s disease might be an autoimmune disease, like MS is. This suggests a brain with Alzheimer’s could be like a telecommunications network being attacked by an intruder changing not just data within the network, but also the network’s structure itself.

My research group then used the human immune system as inspiration for developing software to defend computer networks against malicious attacks. This software can, in turn, be used to simulate the progress of Alzheimer’s disease in a patient, perhaps highlighting ways to reduce its effects.

The nervous system’s involvement in other autoimmune diseases, such as Type 1 diabetes and rheumatoid arthritis, may offer opportunities for additional insights into digital networks, or ways sensors and software solutions might help patients. In my view, software models, made more realistic by clinical research, will help researchers understand the structure and function of the human nervous system and, along the way, make telecommunications networks and services faster and more reliable and secure.

This article is republished from The Conversation under a Creative Commons license. Read the original article here: http://theconversation.com/advanced-digital-networks-look-a-lot-like-the-human-nervous-system-108319.